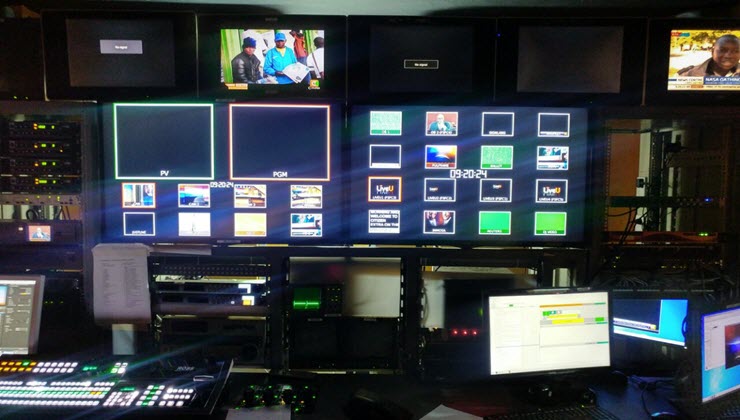 The government has shut down the transmission of two private mainstream TV and radio stations, in a crackdown on broadcasters that have defied its directive not to cover the swearing in of Raila Odinga live.

The first to be shut down was Citizen TV, followed by NTV. KTN is still covering the events Live but could still be switched off. The government has also shut down lives treams of these stations. This comes a day after BusinessToday reported that President Uhuru had threatened to revoke licences of media houses that go against the directive, igniting heated debate among media practitioners.

The Communications Authority of Kenya is said to have switched off Citizen Television and Radio in most parts of the country over the coverage of the NASA ‘swearing-in’ plan. The switch off is being done at the Limuru transmission centre.

Also working with Multichoice, which was also represented at the State House meeting, signals for free to air channels on Gotv and DStv have been disabled.

Royal Media Services, which owns Citizen TV, it is actively engaging the authorities to establish the reason for the action. “We would like to confirm that this morning the Communication Authority disconnected Citizen and Inooro TV transmission,” said  Royal Media Services Limited Managing Director Wachira Waruru. ” There has been no official communication as to why this action was taken. We are actively engaging the relevant government authorities to establish the reason for this action. We hope to resume normal transmission as soon as possible.”

This has set the stage for a confrontation between media houses and the government, which is keen to play down the swearing-in. This action by the Jubilee administration has returned the country to the dark days of media control where the government decides what newspapers and broadcasters should carry.

Citizen TV is the leading television station in Kenya, with a countrywide reach and controls half the audience in Kenya, while NTV is the third in market share with its bigger audience in urban centres.

There are also reports that power is being switched off in various parts of the country.