Kenyans lose their jobs in large numbers while more job losses are in the pipeline as COVID-19 negatively impacts on the economy.

Some 770,000 Kenyans lost their jobs between January and March this year, new data from the Kenya National Bureau of Statistics (KNBS) shows.

The Quarterly Labour Force Report for the first three months of 2020 foreshadows a dark period ahead for Kenyans who were already doing with a grim economy before the outbreak of COVID-19.

COVID-19 was first reported in Kenya on March 13 meaning that the KNBS’ report only covers the later days of the month. Going by the statistics, it is expected that even more Kenyans will lose their jobs in the coming months.

Conversely, the country’s workforce shrunk 1.6 percent to 18.7 million Kenyans despite a marginal growth in the country’s working population defined as those aged between 15 and 64 years to 27.3 million individuals.

The numbers of the long term unemployed, defined as individuals who have sought for employment for more than a year without success reduced to 1.9 percent from 2.2 percent in December or 357,768 Kenyans.

Kenyans aged 15 to 19 years were the worst hit by unemployment during the first quarter as the numbers in this category shot up by 6% to 139,097 individuals.

However, youth aged between 20 and 24 years remain the worst hit by the unemployment problem in the country with statistics showing 241,728 young Kenyans belong to this band accounting for 12.5% of the unemployment rate.

This comes after the statistics office released another report showing that a third of the Kenyan population is unable to pay rent due to the disruption of economic activities caused by COVID-19.

Given that the labour report only covered a few days of March, the situation is expected to worsen in subsequent reports covering the remaining quarters.

The statistics office is expected to release the labour report for Q2 2020 at the end of August. 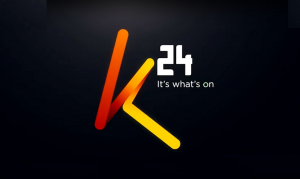