Making a reverse call back in the day was a hustle the kids of today will not understand.

Just hearing the mention of the word reverse calls strikes nostalgic memories, both good and bad. The unique thing about memories is that even the bad ones bring smiles just by remembering.

Safaricom on Tuesday re-invented the reverse calls feature. This has triggered Kenyans’ memories, reminiscing the hustle they went through when making a reverse call back in the day.

Contrasting the previous reverse call feature and the current one shows how technology has really changed people’s way of life. The one Safaricom introduced is easy; you just have to input # before the number you are calling and it will go directly to the caller. When reverse calls were made in phone booths, you had to call the phone company (Telkom, formerly Kenya Posts and Telecommunications Corporation (KPTC)) and request them to tell the recipient to call you BACK.

Back in the day making a reverse call was so much a hustle that you would actually be better off paying for the call on your own. Reverse calls, then, required a lot of patience as it took almost ages to get the call back.

Some phone booths served a lot of people who were queuing to get a chance to make a call. Find yourself waiting for a reverse call in the booth when there was queue outside and you will witness the wrath of impatient Kenyans. The worse would happen if the call you are waiting for does not come in as little time as five minutes. You would be forced out of the booth without talking to whoever you wanted to talk to.

For those in the print media then, it was a real challenge filing stories if you were not attached to a bureau where you can type your story on a typewriter and then fax it to Nairobi.

One had to read out the handwritten story to a copy taker in the newsroom who would then type it out on a type writer ( that was before computers emerged on the scene) and you had to persevere the impatience and interjections of those waiting behind you at the phone booth.

The kids of today will never get to understand the real hustle of making reversal calls. The recently introduced reverse calls are no hustle compared to what reverse calls were back in the day. 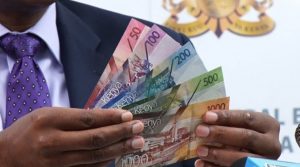