Some Kenyan businesses owners even prefer cryptocurrencies because it prevents theft from their premises.

A large proportion of Africa is at the frontline of a cold war on cryptocurrencies. It is common among African countries that governments and/or central banks do not endorse cryptocurrencies and actually actively oppose it. This is often stated to be a way of protecting local citizens from fraud and losing money, but it may also be the result of an underlying need to protect physical currencies.

This is not to be understood as a blanket statement. There are some African countries that do embrace cryptocurrencies and these countries are immensely benefiting from their welcoming attitude. Mauritius is one of them and is even issuing crypto licences starting this year.

Kenya is an interesting case study of cryptocurrency in Africa. The country hosts many crypto experts who have active bitcoin wallets with Luno and other operators, who make spectacular returns on investment. However, the country’s officials do not endorse its use. So, what is the situation in so-called the Silicon Valley of Africa?

In Kenya, cryptocurrency use is gaining popularity, and it is estimated that around 40,000 people have made a crypto transaction. This is a relatively low number considering how many people could be jumping on board the crypto train.

The core reason why so few people have started using cryptocurrency is because of the Kenyan Central Bank. The Bank has prohibited the country’s banks from handling cryptocurrency. Furthermore, banks have been barred from opening accounts for individuals who are known by the authorities for being involved with cryptocurrency.

The reason the Central Bank has taken such drastic action is because they believe that digital currencies are too volatile, and their preventive measures protect its citizens. However, naturally the Blockchain Association of Kenya has countered these claims and are now preparing financial education for Kenyans to help them join the cryptocurrency world safely.

As mentioned, the preventive measures have not stopped crypto enthusiasts living in Kenya from using it. After all, it has not been made illegal to use – only difficult. Many businesses in Nairobi are accepting cryptocurrency as a form of payment. Consequently, it is believed that cryptocurrency transactions have already surpassed $1.5 billion, despite the restrictions in place.

[ SEE ALSO: A guide to investing in Bitcoin in Kenya ]

Some businesses owners even prefer cryptocurrencies because it prevents theft from their premises. There are even machines in Kenya where residents can convert their physical money into Bitcoin. The downside is that their cryptocurrency cannot be converted back because of restrictions implemented by the Central Bank of Kenya.

How will cryptocurrency use develop in Kenya?

The future of cryptocurrency in Kenya is in the same place as cryptocurrency itself – up in the air. Either locals will continue to help digital payments grow despite restrictions or those restrictions will get tighter and prevent growth. If crypto enthusiasts persist, there is also the chance that Kenyan officials will become more welcoming and try to cash in on its popularity. 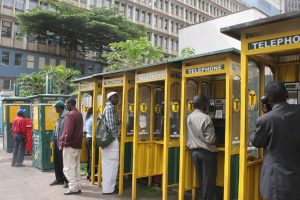