A graphic representation of a warehouse at the Tatu City Development. I&M Bank has signed an MoU in a property financing pact despite shadowy land ownership. [Photo/Tatu City]

Despite the shadowy change of ownership of the land where Tatu City stands, the development has attracted I&M Bank in a property financing pact.

The two entities have signed a Memorandum of Understanding (MoU) to facilitate access to credit for buyers of property within the 5,000-acre development.

As part of the agreement, I&M Bank will provide a dedicated relationship management team to service Tatu City clients who are buying serviced land or financing construction.

In the arrangement, the bank is offering repayment periods of up to 20 years at interest rates not exceeding 12.5% per annum to eligible buyers.

Tatu City’s owner and developer, Rendeavour, says that the companies share a vision to provide financial products that will benefit current and future clients.

Rendeavour’s Kenya Country Head, Chris Barron, who spoke during the signing of the agreement said, “We are working hard to make the dream of home ownership for Kenyans come true. The agreement with I&M Bank underpins our commitment.”

He added that with this partnership, the two companies are targeting not only homebuyers but also industrial and commercial business owners.

“I&M Bank has already financed a number of industrial buyers who have chosen Tatu Industrial Park for their businesses,” added Barron.

In February this year, the Kiambu County government sought the support of the Ethics and Anti-Corruption Commission (EACC) to recover at least 1,000 acres from Tatu City.

County Governor Ferdinand Waititu said the company could not get development approvals from the county until it met a mandatory requirement to surrender 10 per cent of its land for public use.

Already, some of the land has been subdivided and much of it sold to industrialists, businesses and individuals.

It is in this aspect that I&M Bank is offering to finance to those who want to own some part of the city hailed to be an ‘International standards’ multi-use development.

When complete, the development will feature a fully operational central business district, thousands of for all ‘income brackets’, parks and green spaces, leisure and entertainment facilities and medical centres.

I&M Bank CEO Kihara Maina said, “We are consistently working towards providing market-driven financial solutions. Our partnership with Tatu City will allow more Kenyans the opportunity to own a home and become a part of the community at Tatu City.”

In March 2013, the Nation described the story of Tatu City as one of greed, deceit and a web of underhand deals.

The story said the multi-billion-shilling venture was a fiasco where mistrust, raw power, suspicion, power abuse and boardroom wars spilt into the courtrooms in both Nairobi and Mauritius.

While the issues surrounding land ownership have not been addressed, the city is already partially operational with some facilities already completed.

Already, Tatu City has two schools open which are educating 1,500 students daily, an operational industrial park with more than 50 businesses. 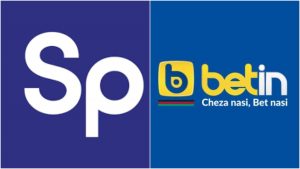 Who Will Win Race to Replace SportPesa, Betin
Leading Betting Firms SportPesa and Betin were forced to close…