This photo was shared on several social media accounts, but was prominently used by the Facebook page, Kenyan Expose. The photo surfaced on the day Kangogo reportedly committed s*****e by s******g herself in the head, with conspiracy theories emerging over her shocking end. 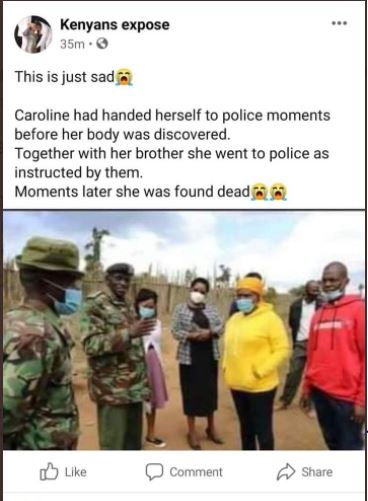 In the photo, a woman dressed in a black pair of trousers and a yellow hoodie, similar to the attire worn by Ms Kangogo when she was found d**d is seen in the company of two uniformed police officers, with a young man (alleged to be her brother) standing beside her.

The publisher of the photo and author of the caption alleged that “Caroline had handed herself to police moments before her b*****************d” in her parents bathroom. A screenshot of the post was even shared on Twitter by lawyer Cliff Ombeta as it went viral.

A fact-check by Business Today, however, found that Ms Kangogo never surrendered to the authorities. The photo passed off as her  was actually taken during a rescue and e********n operation of a 12-year-old girl who was allegedly gang r***d by two men in Loosuk Division, in Samburu county. 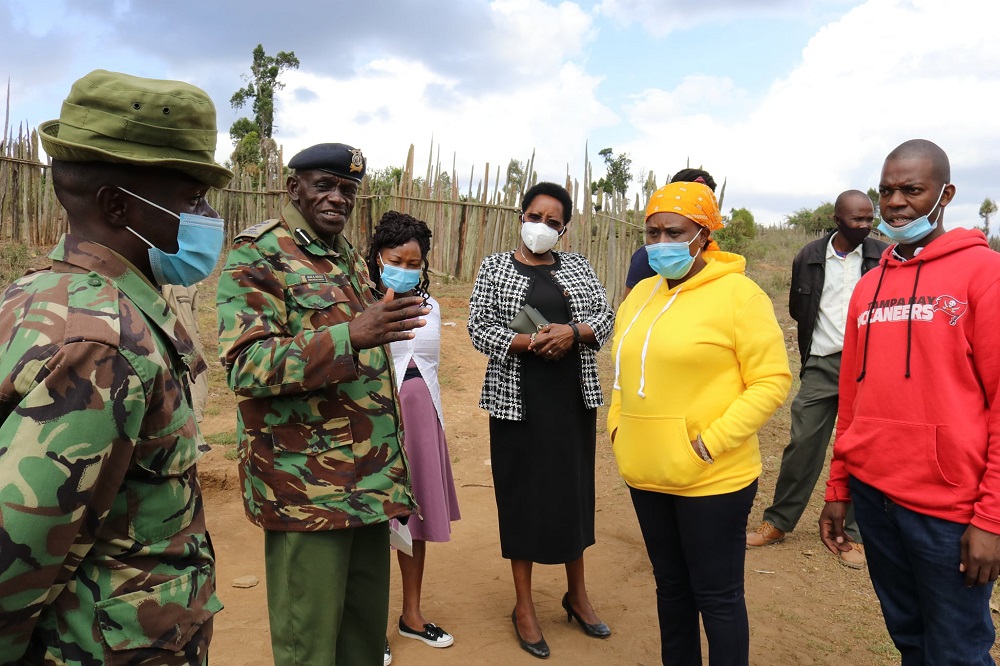 The photo (above) was first published online by The National Gender and Equality Commission-Kenya on July 5, 2021. Also, there are no news reports nor police accounts of Ms Kangogo having given herself in at any moment during her time on the run.

While The National Gender and Equality Commission-Kenya did not reveal the identity of the lady in its photo, they confirmed it was not Ms Kangogo, who was buried on 29th July at her father’s in Nyawa Village in Elgeyo Marakwet.

VERDICT: The photo with caption claiming Ms Kangogo surrendered to police is MISLEADING as it was taken and published earlier during the rescue of a r***d girl in Samburu.

Protecting Your Data: Unsolicited Promotional Messages on Safaricom & How to Block Them