Two days after SBM Bank filed a petition seeking the liquidation of East African Cables, the manufacturer has moved to allay fears assuring stakeholders that it has successfully convinced the lender to agree to a restructuring plan.

On Monday, EA Cables stock at the Nairobi Securities Exchange (NSE) fell 5% closing the day at Sh2.37 a share compared to Friday’s Sh2.50, an indication that investors were wary of possible winding up of the listed company.

In a statement, the cable company said it has continued to actively engage all the lenders and has made significant progress in completing the remaining phase which includes renegotiating with SBM how the Ksh285 million will be paid.

The company maintains that it has been in discussion with all the lenders and in July 2019 successfully completed the restructuring of 82% of its total banking facilities.

“The company’s balance sheet has also greatly improved following the stride made with the completion of first phase of debt restructure in 2019 and will be in a better financial position to meet all maturing obligations upon completion of the remaining phase of the debt restructuring plan,” reads the statement.

Further, the company has assured all the stakeholders that “the business remains solid and with great prospects”.

East African Cables is owned by investment company TransCentury which has been struggling to meet its financial obligations.

The manufacturer then took new loans from Equity Bank and used the money to pay StanChart.

To pay up SBM, EA cables seeks to borrow from Equity Bank to settle its dues. The manufacturer is also engaging Equity Bank for another loan that will be used to settle another debt owed to Ecobank Kenya Ksh161 million. 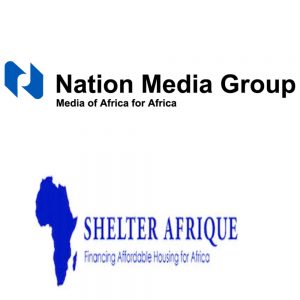