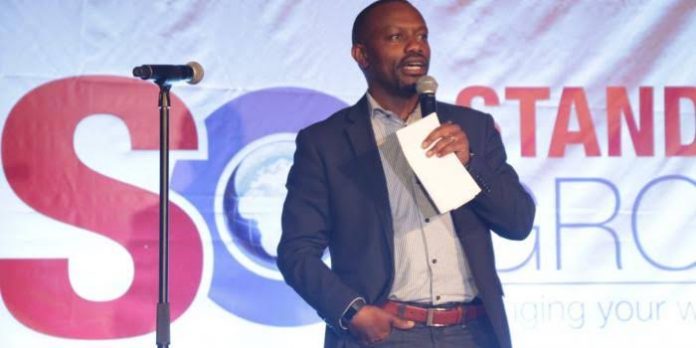 Journalists at one of Kenya’s largest media houses, Standard Group, have gone at least two months without receiving their salaries – indicating the precarious fiscal situation the company finds itself in.

Multiple sources across the company’s print, broadcast and digital divisions confirmed to Business Today mounting frustration at Mombasa Road. Journalists, in particular, feel demotivated and demoralized. In recent weeks, the cash crunch has seen the NSE-listed company request various journalists to work from home, as they struggle to get to work considering transportation costs and other expenses.

The revelation comes barely two months after the company disclosed plans for a new round of mass lay-offs. At the time, insiders told Business Today that around 200 employees would be affected, including journalists who form the bulk of its payroll.

A September 30 circular sent to staff members by CEO Orlando Lyomu indicated that the layoffs were necessitated by Standard’s shift to embrace technology alongside other cost-cutting and restructuring objectives. It is now emerging, however, that implementation of the mass lay-offs has stalled as it would inevitably be an expensive affair for a company already struggling to pay salaries.

Like other mainstream media houses in Kenya,  Standard has been finding it difficult to keep up with shifting media and content consumption trends. Advertising revenues are increasingly being dominated by digital giants such as Google and Meta with their targeted advertising offerings, as well as other sites and individual creators offering more options to advertisers. Print readership and TV viewership, which account for the bulk of Kenyan mainstream media’s ad revenues, are both in decline.

Standard Group cut its loss before tax to Ksh22 million for year ended 31st December 2021 compared to a loss before tax of Ksh434.4 million over a similar period in 2020, an improvement of 95%. After tax, the loss stood at Ksh73.1 million, compared to a net loss of Ksh301.6 million in Covid-ravaged 2020. Loans continue to weigh heavily on its balance sheet, and questions remain on the profitability of its expansion with several new TV and radio stations launched by the company in the past few years.

Further compounding matters is the media house’s association with former Senator Gideon Moi, who supported Azimio la Umoja candidate Raila Odinga in the 2022 polls against President William Ruto. Moi is believed to lack influence in the current administration, which appears keen on taking on media backers of the previous administration.

Already, editorial changes have been made at Standard Group rival Nation Media Group (NMG) with Mutuma Mathiu pushed out of the company’s senior-most editorial role. The move was publicly celebrated by prominent Kenya Kwanza backers such as strategist Dennis Itumbi and lawyer Ahmednassir Abdullahi, both of whom accused Mathiu of supporting Odinga and Azimio. Mathiu, who was named as NMG’s new consulting editor, was replaced as group editorial director by Joe Ageyo.

In addition, a revealing new report from Business Today has revealed a Kenya Kwanza-instigated move to push out top Citizen TV figures Linus Kaikai, Yvonne Okwara and Stephen Letoo over their coverage of the 2022 election campaigns. Citizen TV is among brands under the Royal Media Services (RMS) umbrella, a company co-owned by long-time Odinga backer SK Macharia.