The Kenya Revenue Authority (KRA) has cleared 10 betting firms whose licenses had been withdrawn by the Betting Control and Licensing board (BCLB) but Sportpesa and Betin are missing on the list.

Sportpesa had earlier released a statement saying that it has been compliant with taxes and deserves to receive their operating licencee. The firm said that it paid more than Ksh6 billion in taxes in 2018 after making Ksh20 billion in revenues and Ksh9 billion in profits.

“SportPesa has been compliant has been fully compliant with all tax and legal requirements in Kenya. Our business has uniquely and consistently boosted sports development in the country and we have never wavered in our support to invest in the community,” the statement by Sportpesa CEO Ronald Karauri read in part.

The clearance of the 10 firms makes 11 firms that have received the greenlight to operate in the country after Betika, whose licence was never withdrawn. Betin, also a leading betting firm in Kenya, has yet to be cleared by KRA.

The betting firms’ licences had been withdrawn because they were allegedly not compliant with tax regulations. Now that the taxman has cleared these 10 firms, BCLB is expected to issue the companies with their licenses soon.

Kenya’s betting sector is estimated to be at Ksh200 billion with the projections of hitting Ksh500 billion by 2050. Although the figures have not been clearly confirmed, the government insists the firms have been evading taxes. According to the government, in 2018, betting firms paid Ksh4 billion cumulatively in taxes contradicting some of the firms’ tax payment statements.

The war between the government and betting firms has come as a blow to gamblers, the media and Kenyan Sports. Media sites benefited from advertising revenue from these firms while the gamblers have not been able to place bets ever since the licenses of these firms were withdrawn.

Kenyan Sports gets a large percentage of funds from betting firms. Sportpesa, Betika and Betin have been the active participants in sports investment in the country. Given that Sportpesa and Betin are yet to be cleared, Kenyan sports is likely to suffer until the licenses of these two are issued. 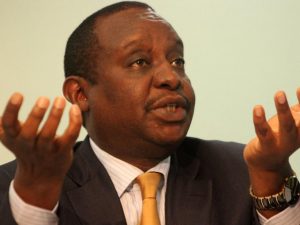