Saudi Arabia has banned flights from Kenya as it looks to calm down the widespread panic among its citizens after 24 more cases were reported overnight in the country.

The kingdom has imposed a ban on almost all European countries, 12 countries from Asia and some African countries extending an earlier ban on 19 countries including neighbouring Arab states.

Scores of Kenyan workers are set to be affected by the ban as Saudi Arabian companies and households are known to employ many Kenyans, especially in the unskilled labour segment.

The 24 new cases reported overnight bring the total number of cases reported in the Arabian country to 45. The country has now asked its citizens in the affected countries to return to the Kingdom within 72 hours.

The new ban comes hot in the heels after Saudi Arabia’s Health Ministry confirmed that two people jetting back from Iraq and Iran tested positive for the virus.

Media reports indicate that 21 of the infected people tested positive after coming into contact with an Egyptian who had travelled to visit his relative.

To curb the spread of the virus, Saudi Arabia has suspended education, banning religious lessons at all mosques and limiting Friday prayer sermons to 15 minutes.

The kingdom has also suspended passenger traffic through all land crossings with Jordan.

All persons visiting Saudi Arabia from now on will be required to disclose their medical condition and travel history at the point of entry or risk a Ksh13.7 million fine. 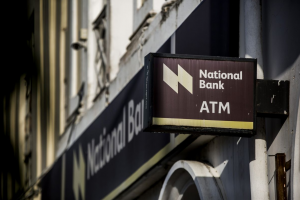 National Bank Posts Big Loss Despite Cash Injection By KCB
The stock of non-performing loans stood at Ksh25 billion, down…