Now that the Kenyan government retreated from influencing the choice of the next Safaricom chief executive, focus has shifted to the board of directors – the men and women who will pick Bob Collymore’s successor.

10 individuals who form the Safaricom board have been left to choose the person who will take over from current acting CEO, Mr Michael Joseph who, not surprisingly, is a board member himself.

Last week, ICT Cabinet Secretary Joe Mucheru, one of the backers of a Kenyan to helm Safaricom, said that even though the government is a major shareholders with 35% stake in the leading mobile services operator, it cannot dictate who should be appointed since there is a board that is tasked with that responsibility.

“Their job is to ensure that they continue providing value to Kenyans and giving good returns to their investors and the government cannot interfere with their operations,” he said.

All pointers now seem to indicate that the leading telco by subscriber base in Kenya will opt to pick from within the Vodafone family, as it has done in the past.

Joseph, himself a repeat CEO having been at the helm of the leading mobile services operator between 2000 and 2010, will be one of the key pickers with the power he currently yields on the Safaricom board. Besides being the acting CEO and board member, Joseph is an employee of Vodafone Limited, the company that technically has a majority stake in Safaricom through Vodacom.

On paper, British firm Vodafone has a 5% shareholding in Kenya’s largest telco having recently swapped its 35% stake with Vodacom. However, the UK company has a 70% stake in Vodacom, meaning it indirectly controls the 35% shareholding.

Joseph is already on record saying the CEO position at the NSE-listed telcommunications company  is “a very sensitive” one and can not just be handed to anyone. ““Safaricom is a very special company, you just don’t put anybody a CEO because they are there. It has to be somebody special who could continue the role,” he said in an interview with K24 soon after being announced as interim head.

By ruling out anyone from within, Joseph downplayed the chances of individuals seen to be potential successors, such as chief financial officer Sateesh Kamath, Chief Customer Officer Sylvia Mulinge and Chief of Special Projects Joseph Ogutu.

Joseph, who also also acts as Vodafone’s strategic advisor, is not alone on the board as a representative of the British firm’s interests. Three other non-executive directors on the Safaricom board are affiliated to Vodafone in one way or another.

Vodacom Group CEO Mohamed Shameel Aziz Joosub and chief financial officer Till Streichert have seats on the Safaricom board, and will be key in swaying the decision of the firm’s next CEO. Another key seat on the Safaricom board that is affiliated to Vodafone is that of the British firm’s Africa, Middle-East and Asia-Pacific region CEO Vivek Bidnarth.

These Vodafone affiliated board members will have a strong hand in the CEO decision.

The Safaricom chair is Nicholas Ng’ang’a, who has been on the Safaricom board for 15 years, holding the chair’s position since 2007. 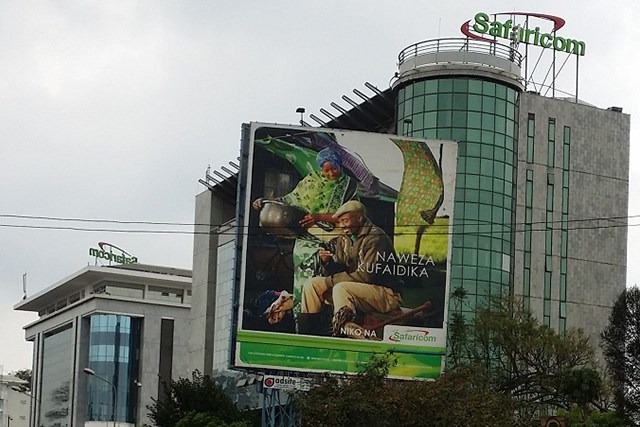 Kathryne Maundu is company secretary, and is joined on the board by fellow advocate Linda Watiri Muriuki, a senior partner at LJA Associates and who sits on the Safaricom board as a non-executive director.

The two independent non-executive directors are Bitange Ndemo, a former ICT Permanent Secretary during the Mwai Kibaki regime and now a lecturer at the University of Nairobi, and Rose Ogega, the managing director of Bloom Consultancy Limited.

Representing the government and acting as an alternate to the Treasury Cabinet Secretary is Esther Koimett, the principal secretary in the Ministry of Transport.

In the months prior to Collymore’s death, rumours had surfaced of the telco having picked a successor, as his contract was due to end in August 2019, but was extended by one year. Joseph confirmed this when he told K24, ““When we (the board) knew his contract ends in August of this year we started the process of looking for his successor.”

A worldwide search that supposedly included people in Kenya ended with a shortlist and a decision, “but we never executed the decision because there was concern as to whether the successor to Bob should be a Kenyan or not,” Joseph said.

That necessitated asking Collymore to remain on for another year, to seek consensus, but Collymore’s sudden demise threw the spanner in the works.

It had also seemed, as claimed by Jeff Koinange, that in their final weekend together with Collymore, the departed Safaricom CEO said that the company was due to announce his successor soon.

The board chose to less disruptiev way to appoint Joseph in the interim.

But now, the minor tiff with the Kenyan government, who had indicated they would be “surprised” if the telco did not pick a Kenyan, now seems to have been ended with a compromise.

In turn, if a special resolution is passed at the company’s AGM on August 30, Safaricom could end up with an additional board member, with a majority being Kenyan citizens.