The Energy Regulatory Commission (ERC) on Monday announced further reduction in fuel prices offering more relief to consumers suffering from the effects of an economy that is technically in recession.

The price of Super Petrol, Diesel and Kerosene will decrease by Ksh 9.33, Ksh 10.04 and Ksh 3.52 per litre respectively. The prices are inclusive of Value Added Tax (VAT) at 8% in line with the provisions of the Finance Act 2018, the regulator announced.

ERC Director General Pavel Robert Oimeke said the changes in this month’s prices have been as a consequence of the average landed cost of imported Super Petrol decreasing by 14.87% from US$ 694.18 per ton in November 2018 to US$ 590.92 per ton in December 2018.

Here are the pump prices for Nairobi and other major towns across the country: 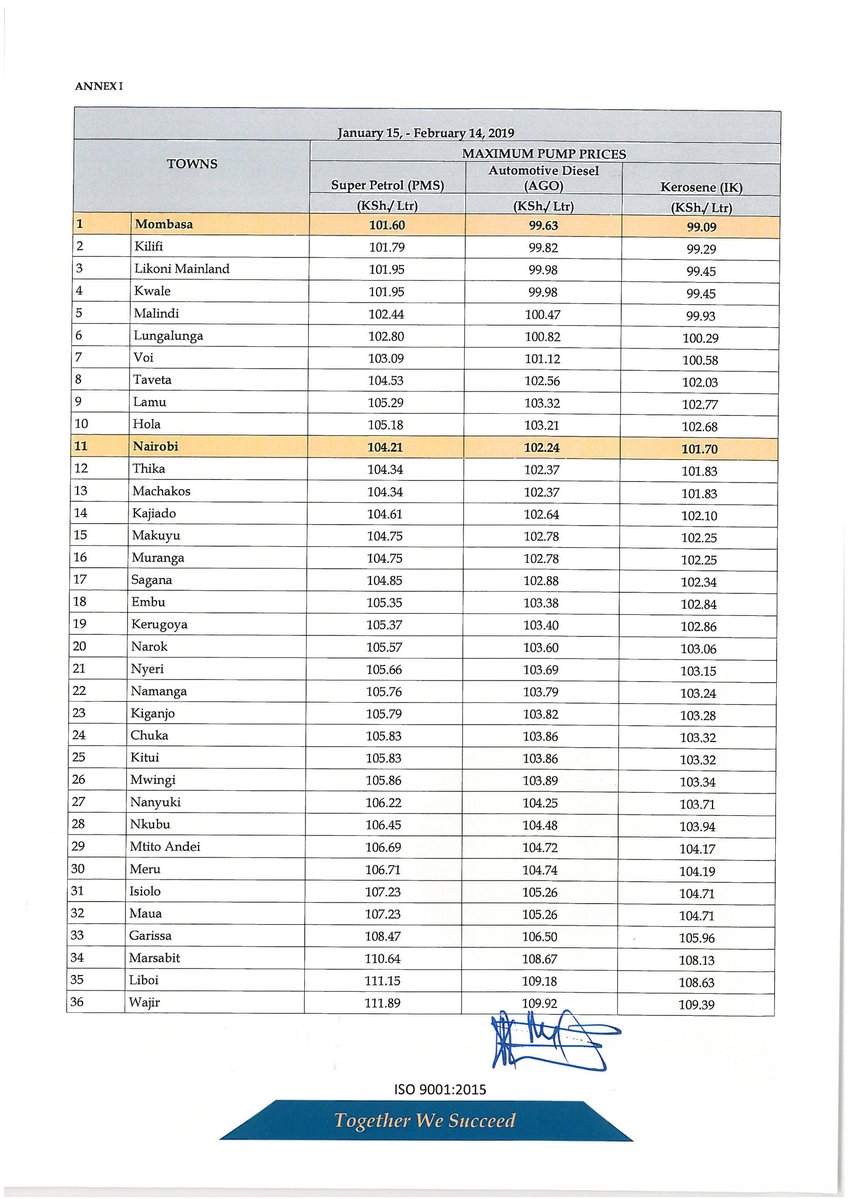 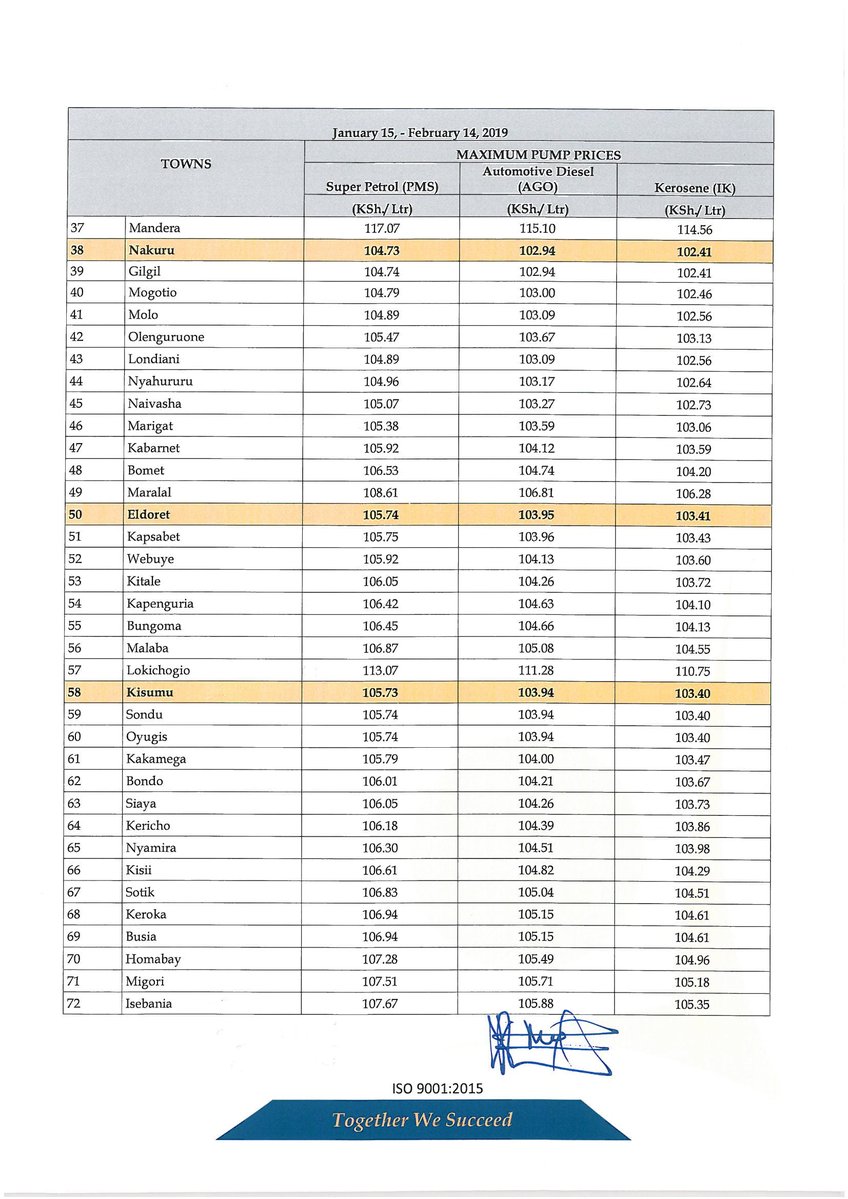