On 3rd October 2021, a calling letter purporting to be from Kenya Wildlife Service (KWS) was shared on social media. The letter, printed on KWS letterhead complete with signatures and stamp, offers employment to an applicant.

“I am pleased to inform you that you have been successful in the interview and have been recruited as Kenya Wildlife Service Staff,” the letter, marked confidential, says.

The letter advises the candidate to report to Kenya Wildlife Services head offices West Pokot County on 28th September and to carry original certificates as well as the calling letter.

A fact-check on this letter found that it is fake. First, KWS has disowned the letter and, through its Twitter account, cautioned “members of the public to be wary of fraudsters purporting to issue letters of job placement in the service. Please report to the nearest KWS office or police station if approached.” 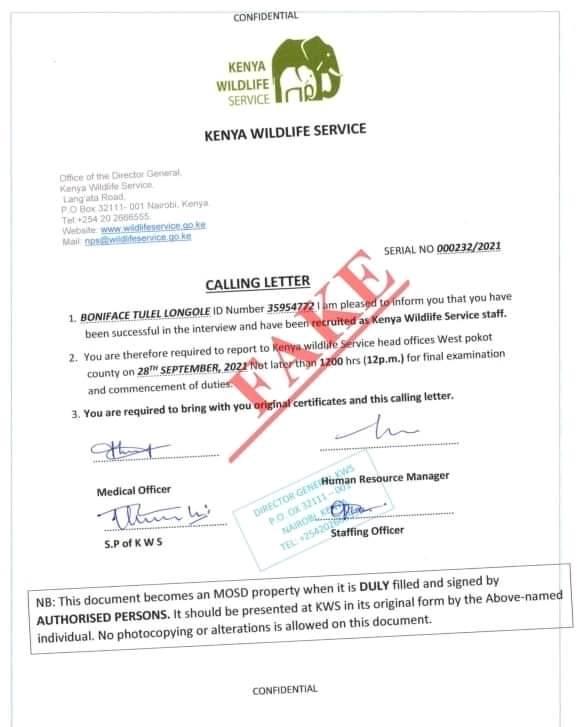 Another signpost for the fake letter is the casual language used. The document uses the first person singular but ends up with four officials signing off. Besides, the letter does not specify the position being offered, vaguely stating “Kenya Wildlife staff”.

VERDICT: The document recruiting KWS staff is fake as it has been dismissed by the Kenya Wildlife Service itself.

>> It’s a Hoax: Weston Hotel Not Being Demolished