In Mid December, President Uhuru Kenyatta unveiled the Garissa solar power plant, which has become a model for renewable energy production in Africa.

In Kenya, the power plant remains a rare exhibition of organised planning and execution by a government agency, having been completed within the set timeliness and budget.

The facility, the largest in East and Central Africa, was developed by the Rural Energy Authority (REA), adding to Kenya’s profile as a leader in renewal energy generation in Africa.

The Rural Energy Authority was last year transformed and expanded into Rural Electrification and Renewable Energy Corporation (REREC) and has effectively taken up the role of developing renewable energy sources in the country.

The 50MW Garissa solar power plant was constructed at a cost of Kshs13 billion as part of a broad government renewable energy strategy to harvest 400MW of electricity from the country’s vast solar resource.

Garissa, which was previously depended on unstable thermal power, is now fully connected to the national power grid. Even President Kenyatta himself acknowledged this fete, and recognized REA’s management and board for a job well done.

“Recently we unveiled the Garissa solar power farm,” the President later said. “Not so long ago, such projects in certain parts of our country would have been difficult to imagine.

But now Garissa not only enjoys connection to the national power grid, but it is actually generating power for use by the rest of the country.”

He commended the Cabinet Secretaries and Principal Secretaries and other senior government officials “who continue to work tirelessly to deliver on major development projects despite all the negative and ill-informed criticism. They are our true patriots.”

This is the first time that Kenya has developed a major solar power plant to harness its abundant solar energy resource to diversify the power generation mix and reduce energy costs. The project is contributing about 2% of the national energy mix and has significantly led to a reduction of energy costs and promoting the development of clean, reliable, sustainable and affordable electricity.

The work included construction of a 132KV bay at 132/33/11KV Ketraco Substation linking to the 132KV Bus bars as well as 5.7 km of 132KV transmission line with 16 pylons from the Solar Plant to Ketraco Substation.

The project involves implementation of a 50MW grid based solar power generation plant whereby all the generated power is sold to Kenya Power through a Power Purchase Agreement (PPA). To support the project, a 6km 132 Kilo Vault (KV) power transmission line has been constructed between the REREC solar power plant and the Kenya Electricity Transmission Company (KETRACO) sub-station in Garissa to feed the power into the national power grid.

Next Read >> Kenya Revenue Authority Plans to Make You a Millionaire 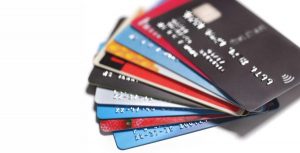