REREC is hoping to shake off the negative tags that had been associated with REA, including procurement of faulty transformers and power poles, accumulated stores and incomplete projects among others.

To streamline operations, the board, led by its chairman, Dr Simon Gicharu, has approved a new human resource structure for the organisation. Among other changes, the new structure creates three new positions of General Manager from one and upgrades some positions to level three within the organisation.

The board, he says, targets to create General Managers for every specialised area.  “Our new mandate, especially as it relates to renewable energy introduces new functions which are not well articulated in the current organisation structure,” says Dr Gicharu, who is the MKU chairman. “The Act has introduced new challenges that require the organisation to align itself to accommodate these new and numerous roles.”

The new Rural Electrification and Renewable Energy Corporation structure lays greater emphasis on the technical departments to focus resources on its core mandate. Dr Gicharu said the structure has been approved by relevant authorities, including the State Corporations Advisory Committee (SCAC) and the parent Ministry.

In a letter to REREC CEO Peter Mbugua dated 22nd August 2019, the Principal Secretary in the Ministry of Energy Dr Eng. Joseph Njoroge says:  “Please note that further to your request for approval of various human resources instruments for REREC, the same have been reviewed and approved by the State Corporations Advisory Committee (SCAC) as attached in the advisory letter attached.”

The changes are shaking up Rural Electrification and Renewable Energy Corporation and have thrown some managers off balance. Some see the new structure going against their ambitions.

Even as it takes shape, it has emerged that Engineer David Rogoncho, who was the manager in charge of Design at KAWI Complex, retired on 12th May 2019 after attaining the mandatory age of 60 years.

The new structure is different from the old one which had the provisions of the Board of Directors, the Chief Executive Officer assisted by three directorates, namely Technical Services, Corporate Services and Research, Strategy and Planning, 14 departments and the divisions.

Read Also: Meet the man who ended up buying the college that denied him teaching job

Dr Gicharu said REREC management will implement measures to ensure that challenges are conclusively addressed. These will include reshuffle of staff, re-allocation or re-assignment of duties, which is already underway. The Board has also directed the automation of all operations of the corporation.

Already, 27 senior employees in finance, administration, human resource and supplies have been reshuffled to streamline operations. The new structure will increase the staffing numbers from the current approved capacity of 481 to 1,118. 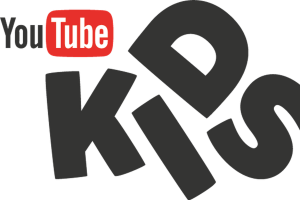 Sh17b Fine Forces YouTube to Issue Tough New Rules Over Children’s Privacy Violation
le will have to pay 13.5 billion to the FTC…