Money is hard to come by these days. KRA has come up with a reward scheme which will make Kenyans millionaires. [Photo/KWT]

We are in January and with the first month of the year trotting by, the same cannot be said of the economic status of many struggling to make an honest living.

With the New Year demands like back to school needs, an extra coin could go a long way and it is welcome to offset the bills.

However, money is hard to come by these days making it a rat race for many who have to make ends meet at all costs.

KRA Millions for You

Do you know anyone who has not been paying their taxes like they should?

Well, if you do, you could be on your way to becoming a millionaire courtesy of the tax collector, the Kenya Revenue Authority (KRA).

KRA has come up with a reward scheme meant to inspire people to report those who do not pay their taxes.

In a notice on its website, KRA says, “KRA has a reward scheme for informants that successfully report a case of tax fraud/tax evasion cases. The reward includes whichever is less of, 5% of the taxes or duties so recovered or KES 2 million.”

In a move aimed at helping the entity meet its revenue collection targets, this manoeuvre could be an indicator of how desperate KRA is to collect money meant for financing the trillions proposed in the June budget.

But this push for more taxes is a pointer to an even bigger crisis in Kenya.

The economy is in the doldrums with pundits saying that the country needs a reboot.

Economist David Ndii on Tuesday tweeted that there are no technical fixes to the country’s fiscal/economic crisis.

He told off those bent on giving false hope to Kenyans to “please stop giving the public hope with false elixirs. Tell Kenyans the truth. There’s no magic bullet.”

Ndii added, “The radical fiscal adjustment and reforms required for a turnaround, whether funded (e.g. by IMF bailout) or unfunded requires political leadership, goodwill, resolve, sacrifices and risk-taking that a dysfunctional lame-duck government at war with itself is unlikely to muster.”

He said that Kenyans should prepare for tough times ahead because “Things are going to get worse before they get better—job losses, capricious taxation (e.g. turnover tax ), business failures, higher cost of living, until something gives economically (financial crisis or debt default) or politically (revolt or elections)”.

Speaking of a new government not being the panacea of the problems bedevilling Kenya, he said, “Even with a new, better government, recovery and getting out of the debt quagmire we are in will still take a couple of years. So, we can choose to pray for a Damascus moment in State House, or talk about how to bring about the political change we need.”

In July last year, Kenya spent a third of its revenues collected domestically in the first month of 2019/20 to repay debt.

The Kenya Gazette at the time showed that out of the Sh107.4 billion collected by KRA during that month, Treasury spent Sh33.7 billion to pay debts. This accounted for 31.3% of the revenues.

According to the budget presented in June, Kenya will spend Sh696.5 billion to service public debt.

Kenya’s debt, both internal and external, has continued to grow despite the effects of the borrowing not being felt by the common man.

Central Bank Governor Patrick Njoroge issued his latest salvo against the much-touted GDP growth last year when he said that despite the highly publicised delivery by the Uhuru Kenyatta government, households are not feeling the effects of the said growth.

“It’s true you have GDP numbers, but you can’t eat GDP. At the end of the day, what’s needed is specific income, plus jobs,” he said.

With this in mind, the question that remains is how well Kenya will navigate the slippery road created by those stealing public money. Will the questionably wealthy be brought to book if their money was made illegitimately? 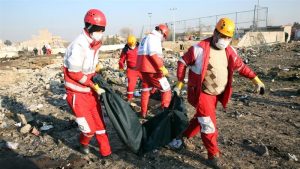