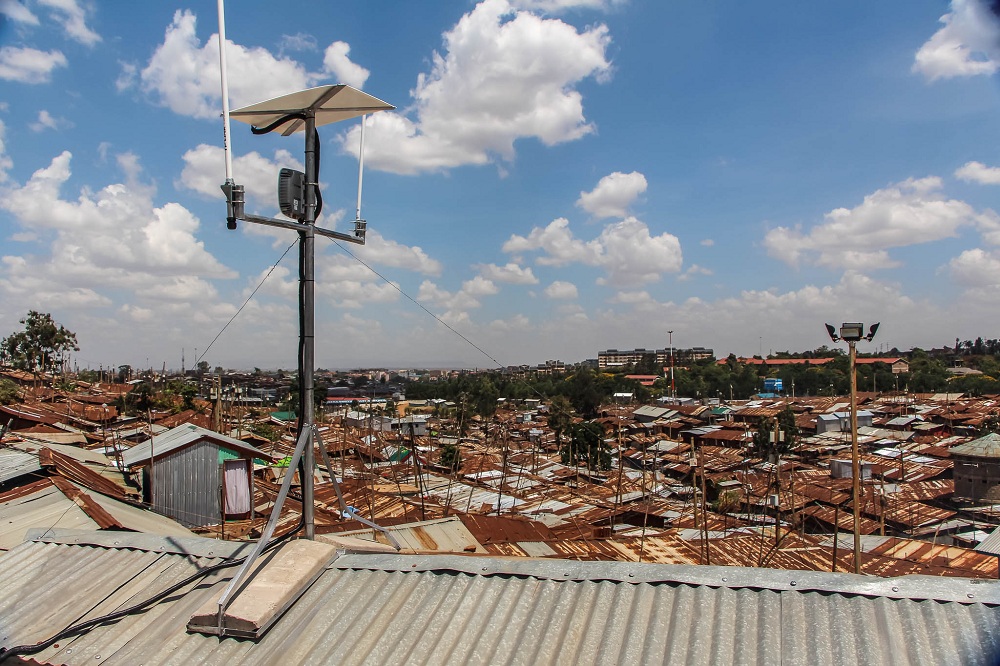 poa! internet, the low-cost Internet service provider in the low-income slums of Kibera and Kawangware, Nairobi, has now registered over 1,500 new home Internet connections as hundreds of users who previously subscribed to their Ksh 10 an hour and Ksh 50 a day public Wi-Fi move to poa!’s Ksh 1,500 a month wireless home internet service.

With poa!’s wireless home Internet service, slum dwellers are now able to connect up to five devices to their home Wi-Fi router at any time, enjoying a stable and strong signal as well as poa!’s famous unlimited connection, meaning their customers are no longer counting MB’s.

Beyond providing just Internet connections to their customers, poa!’s home Internet is also solving major security concerns. In Kibera, one of the largest urban slums in Africa, just six kilometres from Nairobi’s city centre, there are high rates of petty c***e, especially at night. Residents frequently risk losing their smartphones and laptops to thugs, as they move around the dark and often congested passages between the tightly squeezed shanty houses in search of public Wi-Fi hotspots. Enabling people to wait until they are home before spending time surfing the web is helping to reduce c***e in these critical areas.

“Kenya has one of the highest rates of smartphone penetration in Africa. But a next critical step in getting our lowest income communities to make the most from these devices is achieving affordable and secure internet at  home” said Andy. “We believe by offering to such an affordable and truly unlimited home service we are transforming the way our customers use the Internet.”

“Our customers, who live in both standalone houses and apartment blocks, often look for a service that allows them to access social media, stream online media and carry out research, which, in the absence of local providers, can see them paying more than anyone on ad hoc MB focused data bundles.”

poa! launched their wireless home Internet service in 2017, as a move to bridge the gap between the connected and the millions of unconnected users in the low-income areas of Kenya, believing that bringing affordable internet connections to people’s homes is a basic necessity similar to electricity and water.

After subscribing to the service, poa! Home customers are provided with their own private Wi-Fi router, allowing any family member in the home to access the Internet without paying for multiple accounts.

Husna Harun a resident of the Karanja area of Kibera said: “poa!’s home service works for me because I have a family. I wanted my children, husband and I to enjoy the Internet in the comfort of our home. I use the internet, especially, to help my children with homework and for entertainment during weekends. We also use the internet to access our church online forums.”

In delivering public Wi-Fi hotspots across Kibera and Karangware, areas that are home to over one million low-income Kenyans, poa! has deployed over 120 access points, many of which are installed at schools, clinics and other community locations. These institutions act as hotspots for poa! customers to use their truly unlimited data plans that start from just Ksh 10 an hour, Ksh 50 a day.

But, said Kibera resident Brian Otieno: “As a freelance journalist, I needed affordable and reliable internet in my home that allows me to submit my work with ease and beat tight newsroom deadlines. I chose poa!’s home internet package for my convenience and because of its affordability”.

Plans are now underway to expand poa!’s Internet service into other rural and low-income communities beyond Kibera and Kawangware.

“We are committed to extending Internet connections to more low-income towns, and especially into people’s homes, where using the Internet has become an essential necessity. Our aim is to enhance Kenyans’ lives by providing affordable access to Internet for digital entertainment, job opportunities for the youth, and accessing entrepreneurial and educational resources,” said Halsall.