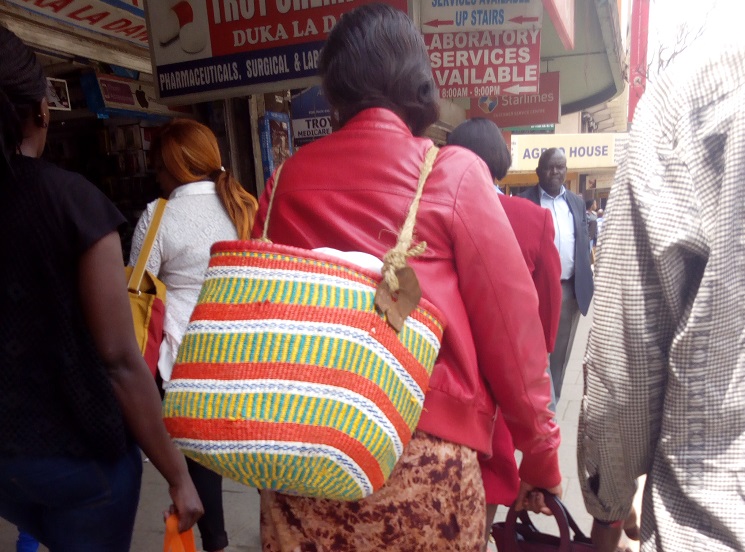 Kenya’s historic ban on production and use of plastic carrier bags enforced on August 28 has been praised for elevating the country’s green credentials while unleashing a windfall for manufacturers of eco-friendly packaging materials.

Policymakers, industry executives and ordinary citizens who spoke to Xinhua agreed the plastic ban opened a new chapter in Kenya’s quest to become a hub for green investments.

Ayub Macharia, the Director of Environmental E*******n and Awareness in the ministry of Environment, said ordinary citizens and investors in green manufacturing have benefited from the positive impact of the plastic ban.

“The environment is cleaner since the plastic ban came into force and citizens have embraced eco-friendly packaging materials offered by supermarkets and shops,” said Macharia.

Kenya last month joined close to a dozen other countries in the region that have banned plastic bags or imposed punitive taxes to limit their production and use in a bid to curb pollution.

Macharia noted that Kenya set a precedent worth emulating globally when it enforced a sweeping plastic ban with minimal resistance from citizens.

“The citizens of this country have come out strongly to support the plastic ban while manufacturers who initially opposed it have changed tune. They are ready to become an integral part of environmental sustainability,” Macharia said.

ALSO SEE: As plastics are phased out, sisal is cool again

He revealed that Kenya has averted some 280 million plastic bags from being dumped into the environment since the ban came into force.

Leading investors in Kenya’s manufacturing sector have rallied behind efforts to promote the production and use of eco-friendly carrier bags that promise additional jobs for the youth while boosting environmental health.

“It is evident that the plastic ban has opened new opportunities for investors in green industries. Its enforcement has inspired confidence among manufacturers of alternative bags that are currently in use in our retail outlets,” said Mutahi.

Kenya’s manufacturing lobby had initially opposed the plastic ban, saying it could k**l jobs and deny revenue to the country’s exchequer.

Mutahi said that manufacturers are now convinced that they stand to gain immensely from production and export of eco-friendly carrier bags.

“The demand for biodegradable packaging materials has gone up and presents a lucrative business opportunity for manufacturers,” Mutahi remarked, adding that green jobs have sprung up in mushrooming urban informal settlements thanks to investments in waste recycling.

Kenya’s leading manufacturers of eco-friendly packaging materials are reportedly enjoying a financial windfall since the plastic ban came into force one month ago.

“The plastic ban led to a 30-percent increase in our customer base. We are getting new orders from our clients in the floriculture and retail sectors,” Mwanzia told Xinhua during an interview at his factory located in Nairobi’s Industrial heartland.

He added that the bulk of his corporate and retail clients embraced the plastic ban thanks to improved awareness on its positive environmental and economic impacts.

Kenya’s major retail outlets have as well embraced the ban on plastic carrier bags, saying it has positively impacted on their revenue base.

“Our customers are happy since the introduction of alternative carrier bags. They are not complaining and are proudly displaying them inside and outside the supermarket,” said Ngugi.

He revealed that the plastic ban has enlarged the revenue base of Kenya’s second largest indigenous retail chain.

“Our business is more profitable now that we have eliminated costs incurred during acquisition of plastic carrier bags,” Ngugi remarked, adding that his retail chain is generating new income from sale of eco-friendly carrier bags.

The Kenyan urban middle class segment had also welcomed the plastic ban, terming it a giant step towards eliminating a pollution c****s that is responsible for the spread of communicable d******s.

Evelyn Magara, a marketing professional, told Xinhua the plastic ban was timely since it would enhance Kenya’s capacity to manage solid waste in cities and towns.

“We needed alternatives to plastic carrier bags. The plastic ban combined with law enforcement and public e*******n will strengthen waste management in the country,” said Magara.