Kenyan made film Plan B has been labeled one of Kenya’s best movies by reviewers and has received a good number of hits on Youtube, approaching one million views as at the time of writing.

The fact that the movie is available on Youtube has helped the more Kenyans to access it as opposed to previous Kenyan movies that have at times been sold at a price not less than Ksh. 1500.

The movie, Plan B, is excellently written and its visual effects are simple but bringing out the story clearly. Kenyan film productions have always had camera presence as an Achilles heel, where you are clearly aware the actor is acting as how they behave shows you that they are in front of a camera.

In Plan B, this element is rarely there, thanks in part to the choice of experienced actors and actresses cast for the movie.

There are however some aspects of the movie that could have been done better.

Plan B is said to be a romantic comedy — having a theme of love with some touch of comedy in it. The comedy part, however, could do better as the jokes in the movie are the common ones that circulate on social media every day.

The comedy part of the movie is left for one Kate Kamau Karanja who plays Joyce. Well, you can clearly see what the writer was trying to arrive at with the jokes but you can’t seem to find most of them funny.

The duration of the movie is just right for a YouTube movie, but for a general romantic comedy, it is relatively short. Clocking in at a runtime of one hour, the short duration omitted a possible great section on the plot as the movie is filled with fast forwards. About three times, the movie jumps some months later leaving the viewer with no idea of what might have conspired during that time.

When Lisa (played by Sarah Hassan) for instance, is accused of leaking a sex tape the movie skips some five months when Mr. Dele (played by Nigerian actor, Daniel Etim Effiong) is telling his mother that Lisa was innocent and it was his receptionist that leaked the tape. It is not revealed how Mr. Dele found this out or if the receptionist was punished for doing so. It would probably have been better for the movie to be a little bit longer for the viewer to understand all the happenings.

The director of this movie was keen to portray the great scenery of Nairobi City where the movie is set. Some scenes in some parts of the movie, however, are not as realistic as it would appear to a Kenyan. In the movie, Lisa mentions how she was raised by her poor grandmother who had literally nothing but later when we are shown her grandmother’s house, it does not depict the picture of poverty you had in mind.

Plan B is a great movie, the best Kenyan Romantic Comedy I have watched but it lacks some aspects that would make the viewer dive into the movie like what’s happening is real. At some points in the movie you are reminded that you are watching a movie; it should not be so. The movie should take you away.

If you have watched Plan B, then you are aware that it is a movie you can recommend a friend to watch. The movie has been heavily praised and I agree that it deserves the praise it is being given. 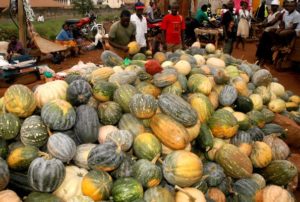