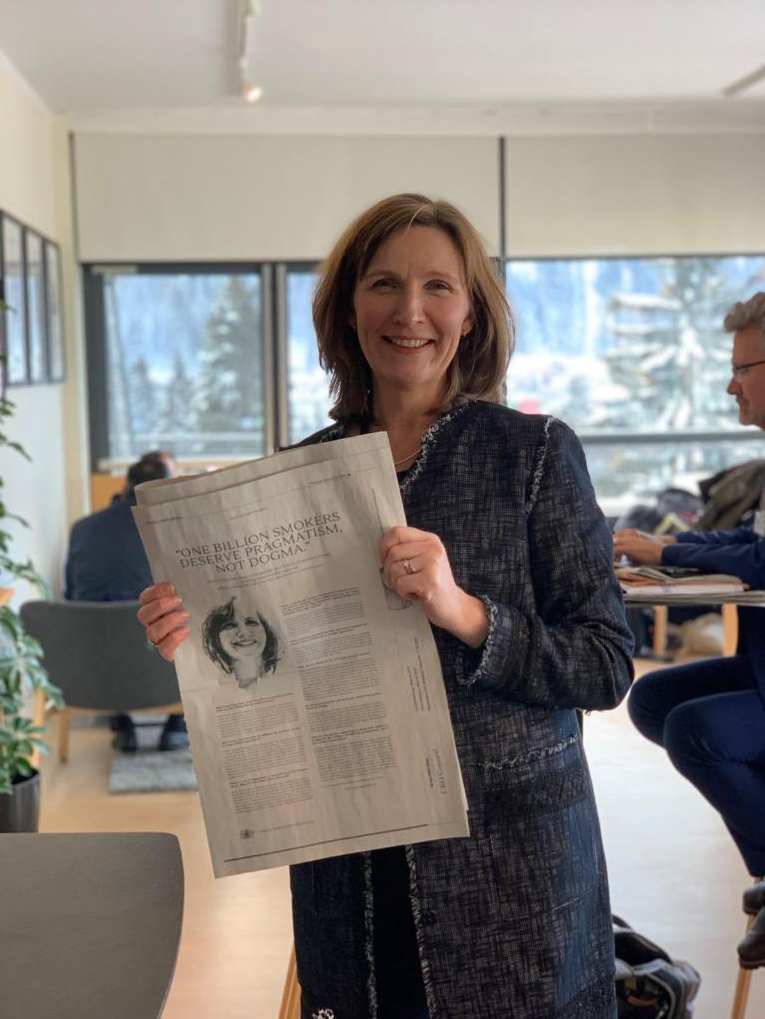 Dr Moira Gilchrist, vice president for Strategic & Scientific Communications at PMI, says, “Unfortunately, governments and broader society have yet to embrace science at its fullest potential, as this global survey shows. [ Photo / PMI-Twitter ]

Philip Morris International Inc. has released a white paper exploring international attitudes regarding the role of science in society, business, and policymaking. The white paper — In Support of the Primacy of Science — presents findings from an independent survey conducted by Povaddo for PMI, of over 19,000 adults across 19 countries and territories

The Survey indicates that citizens around the world want governments, public authorities, and private businesses to prioritize science and facts when tackling critical issues.

The global insights reveal that faith in science is high, with most people surveyed (77%) hopeful that advances in science will solve many of society’s biggest problems. Supporting this view, there is also strong interest in businesses prioritizing science, with 90% of respondents saying it is important to them that businesses invest continually in science to improve their products.

Despite these positive attitudes, nearly half of respondents (47%) believe that society does not place enough importance on science. Given the diverging opinions, the white paper challenges the need for regulators to place greater focus on science to inform policy decisions, with half (51%) of respondents believing that their “government does a good job ensuring science and evidence are included in the decision-making process.”

“Science can help make significant strides in our collective efforts to address the world’s most pressing problems,” said Dr Moira Gilchrist, vice president for Strategic & Scientific Communications at PMI. “Unfortunately, governments and broader society have yet to embrace science at its fullest potential, as this global survey shows.”

Dr Gilchrist said ensuring facts and evidence are given greater prominence in policymaking — over ideology, politics, and unsubstantiated beliefs — would help match the public’s expectations for science to sit at the heart of decisions impacting them and their future.”

The survey also reveals that people’s access to accurate scientific information is far from assured today, with nearly half of the total sample indicating that they find it difficult to access reliable information about scientific developments and relevant studies.

“This finding is alarming and sends a clear signal across business, media, and government that accurately communicating scientific information should remain an important priority,” added Dr Gilchrist. “When reliable scientific information is in short supply, misinformation, wild guesses, and hearsay can take more space and significantly hamper people’s ability to make informed decisions.”

PMI is undergoing a fundamental transformation into a science- and technology-led company to deliver a smoke-free future — a future without cigarettes. With the right regulatory encouragement and support from civil society, “we believe this goal can be achieved in many countries in 10 to 15 years.”

Science is central to delivering on this commitment and since 2008, PMI has invested billions of dollars in developing, testing, and manufacturing better alternatives to cigarettes for adults who would otherwise continue to smoke.

These products are the result of nearly two decades of R&D work, underpinned by a rigorous scientific assessment program and led by a team that today includes more than 430 world-class scientists and other experts.

“We make our scientific findings and methods available for others to scrutinize, we invite independent research into our products, and we encourage a broad, science-based conversation with regulators, scientists, and the public health community about these better alternatives and the role they can play in tobacco control and harm reduction,” PMI says.

Next Read >> UK Banks Ditching Clients Across Europe Over Brexit

Kenya opted for the AstraZeneca vaccine over the Pfizer and Moderna vaccines as it does not require complex cold storage facilities.

A chunk of the funds will be channeled towards distribution of Covid-19 vaccines in Sub-Saharan Africa and South Asia.