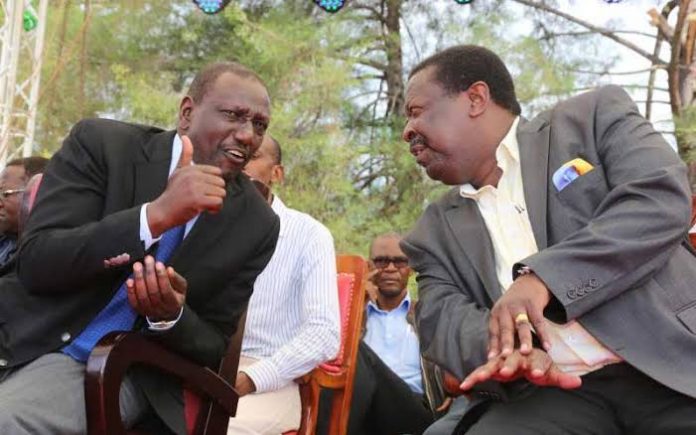 Mudavadi’s ANC Party took to social media to declare that the CBC roll-out was not well thought out, claiming that stakeholders were not adequately consulted.

“The controversial Competence-Based-Curriculum (CBC) of education will be scraped once the Ruto/Mudavadi government takes power in August.”

“ANC supremo @MusaliaMudavadi says CBC was hurriedly implemented without wide and genuine consultations with stakeholders and the new system is a big burden and an academic frustration to Kenyan parents,” Mudavadi’s ANC shared on Sunday, February 6.

Critics of the curriculum have long argued that it disenfranchises children with parents with lower incomes. The curriculum was billed as a break away from rote, exam-based methods of the 8-4-4 curriculum.

Activities under the curriculum often require parents’ involvement and tools including printers and computers.

It focuses on developing skills and nurturing talents alongside learning. Implementation of the CBC began six years ago.

The pioneer CBC class currently in Grade Five is set to move to Grade Six in April and will, in December 2022, take on the CBC assessment exam. The exam will represent 40% of their test scores with 60% drawn from school-based assessments administered at grades Four, Five and Six.

The new education setup features a 2-6-3-3-3 system consisting of: