Opposition leader Raila Odinga receives President Uhuru Kenyatta at Kisumu International Airport in December last year. The President was in the lakeside city to launch the pilot universal healthcare programme, the first time he was touring the area since the 'Handshake' deal. Credit: File.

At this time last year, Kenya was teetering on the precipice following another bitter presidential contest as Raila Odinga, who had boycotted a fresh election ordered by the Supreme Court after a successful challenge by the NASA leader, refused to recognise Uhuru Kenyatta’s re-election and demanded new elections in August.

NASA was demanding radical changes in the Independent Electoral and Boundaries Commission (IEBC) as part of what it called irreducible minimums before it could take part in another election. It accused the electoral body of facilitating Uhuru’s win by interfering with the electronic transfer of results system.

As the dispute raged, NASA held a mock inauguration of Raila as the ‘People’s President’ at a massive rally at Uhuru Park.

In the ensuing crackdown, lawyer Miguna Miguna, who had presided over the event, was forcefully deported to Canada after Interior Cabinet Secretary Fred Matiang’i revoked his Kenyan citizenship. He is yet to return despite the High Court rescinding the decision.

Security forces also launched a crackdown on NASA supporters in Nairobi and Luo Nyanza leading to several deaths. The gravity of the violence meted on them was brought to light during an inquest into the killing of Baby Samantha Pendo in Nyalenda slums in Kisumu.

The inquest heard that officers smashed Baby Pendo’s head while she was cradled by her mother. Five officers have been found culpable.

In another incident, nine-year-old Stephanie Moraa, a Standard Four pupil at Mathare Primary School was killed as she played on the balcony of their house in Mathare, Nairobi.

The killings sparked outrage among Kenyans amid calls for justice. The international community piled pressure on NASA and Jubilee leaders to find a solution to the crisis to avoid a repeat of the 2007/08 post-election violence. Western diplomats threatened those undermining peace with visa bans.

With the country on edge and Opposition-leading regions seeking to secede, Raila and Uhuru surprised everyone, including their allies, when they met at Harambee House on March 9 and emerged to shake hands after agreeing to work together for the country’s betterment. Raila would later reveal that he had asked the President to exclude hardliners from the meeting.

The ‘Handshake’ deal unity deal just hours before then US Secretary of State Rex Tillerson’s arrival in Nairobi. Sources indicated he had called both Uhuru and Raila in advance to push for a truce.

The deal birthed the Building Bridges Initiative whose aim is to address ethnic antagonism and competition, lack of national ethos, inclusivity, divisive elections, devolution, safety and security and corruption. They also pledged to “stand together” to pursue the country’s shared prosperity agenda.

An 11-member task force has been collecting views from Kenyans and is set to hand in its recommendations in May this year.

The deal resulted in the cooling of tensions between the two main formations in the country – NASA and Jubilee – with their leaders speaking in one voice on several issues for the first time since the 2013 elections.

As a result of the deal, the President has been warmly received in Raila-leaning counties such as Kisumu and Mombasa whenever he visits.

Raila was also accorded several State priviledges and his security detail, which had been withdrawn after Matiang’i declared NASA‘s National Resistance Movement a proscribed group, reinstated.

Apart from Raila, his running mate Kalonzo Musyoka also embraced the ‘Handshake, deal. The two have since landed international assignments as the African Union High Representative for Infrastructure in Africa and  head of the Joint Monitoring and Evaluation Commission (JMEC) on peace in South Sudan respectively. Kalonzo’s security detail was similarly reinstated.

Though the deal pulled the country back from a cliffhanger, it sparked a fresh rift as Deputy President William Ruto and his allies remain suspicious of Raila’s intentions and what it means for his 2022 presidential ambitions.

According to Ruto, Raila is exploiting the pact to get into government through the backdoor. While the Building Bridges Initiative could result in constitutional amendments to entrench inclusivity, the DP is firmly opposed to a proposal by Raila to create a position of Prime Minister and two deputies.

The two also to not agree on whether the Constitution should be amended to create regional governments as a way of strengthening devolution.

While the war on corruption forms a key pillar of the ‘Handshake’ deal, Ruto and his allies see it as a machination to target him and his allies  as a way of blocking his route to State House in 2022.

While Uhuru and Raila say the war only targets individuals, the DP’s associates, among them, Elgeyo Marakwet Senator Kipchumba Murkomen and Kapseret MP Oscar Sudi claim those in the cross hairs of the Directorate of Criminal Investigations chief George Kinoti are only from one community.

The jury is, therefore, still out on whether the ‘Handshake’ deal will achieve its goals key among them tackling ethnic antagonism and competition, divisive elections and corruption.

Next: 10 types of handshakes and what they mean 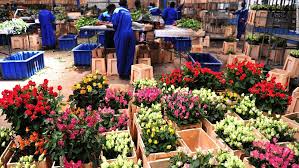