Standard Group Editor in Chief Ochieng Rapuro. He says no journalist will be allowed to accept gifts from new sources in cash or any other form in line with the media house's policy. [Photo/Business Today.

Standard Group Editor-in-Chief Ochieng Rapuro has issued a new edict that is meant to enhance ethical practices at the Mombasa Road based media house.

In an internal memo to staff, Rapuro, who joined The Standard from Nation Media Group in June, has banned out of office trips at the invitation of news sources or their agents, saying it has become a negative source of exposure that is affecting journalism at the media house and must be decisively dealt with in order to reclaim the integrity of its journalists.

“The Standard Group has embarked on a transformative journey, whose ultimate goal is to transform our journalism and reclaim our position in the market as an independent and bold media house. It has therefore become necessary that our journalism shapes up and aligns  with the quality and relevance standards that our consumers have set for us,” he said.

“Well, that journey is starting now with a thorough housecleaning to deal with the hygiene issues that are currently affecting the independence and rigour of our journalism. In that regard, it has become necessary that we reboot the system to deal with issues that affect our fitness – to begin with travels out of office,” he added.

According to Rapuro, the trend has the potential of affecting the media house’s journalism and must be decisively deal with in order to protect its integrity.

He, however, added that because it is an aspect that might affect its operations that has the potential of affecting production of valuable content for its platforms, it is one that cannot be dispensed of but must be  structured  and managed well if it is to yield the expected outcomes.

Henceforth, he said, any company, agency, organisation or individual inviting a Standard journalist must sent the invitation to the news editor, section editor or managing editor before they can attend their function or event.

Such an invite must not contain the name of an individual and it shall be the prerogative of the editor to invite the relevant journalist for purposes of honouring the invitation.

Any invitation coming with the name of a reporter or editor will be rejected unless the sender allows the editor to nominate an alternative person.

“Editors must forward all requests for foreign travel to the Editor in Chief for approval, stating the expected journalistic value and deliverables from the journalist thus nominated for travel,” said Rapuro.

Travel has been abused by many editors or senior journalists in various media houses, who are given opportunities by news sources

He added all Standard journalists are expected to keep a healthy (arm’s length) distance from news sources.

In addition, no journalist will be allowed to accept gifts from new sources in cash or any other form in line with the media house’s policy.

Any such gifts brought to newsroom will be collected in a pool that will be administered by administration assistants for ultimate contribution to needy persons or children’s homes.

“All these measures are meant to safeguard our journalism from capture by commercial, political or any other interests in the newsroom. Unethical engagement with news sources has had the effect of setting apart a segment of our journalists as employees of the group with very low newsroom output but whose lives are pampered and punctuated with frequent travels in and out of the country while others toil to deliver the newsroom obligations,” he observed.

Rapuro warned that swift and deliberate action will be taken against any journalist found in violation of the new structure.

In making the move, he appears to be instilling the same ethics that apply at Nation Centre where gifts are surrendered to management.

However, some journalists have found a way around the policy by hiding gifts in their cars or friends cars. 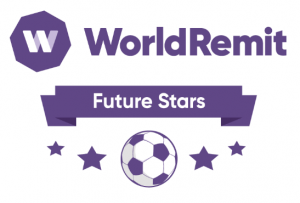