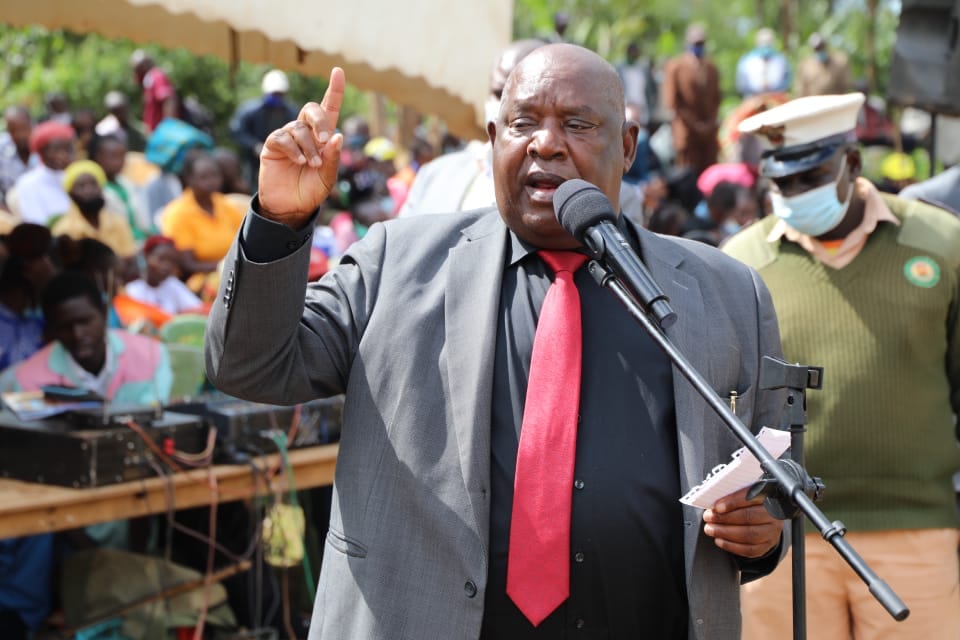 A family member who spoke to the media confirmed Governor Nyagarama d**d at around 4am on Friday.

The second term Governor was rushed to hospital three weeks ago after contracting COVID-19.

According to reports, Nyagarama was put on life support on Sunday night and his family called in on Monday after his condition worsened.

“He was a patient on increased oxygen demand. He stayed in the Covid-19 ICU under the care of doctors and nurses who are dealing with the coronavirus cases,” The Star reported on Friday quoting a source close to the Governor.

A COVID-19 test was then conducted on the Governor which returned a negative result.

Doctors reportedly recommended that Nyagarama be transferred to the normal ICU to proceed with close medical monitoring as his lungs had s******d “multiple failures”.

He urged residents to avoid fuelling speculation that could lead to misinformation.

“Governor John Nyagarama is recuperating well. Let the media, including users of social media, learn to practise responsible journalism. They should be fair to the family and friends of the governor, including the employees of the county government, and pray for his quick recovery,” Ntabo said in a statement.