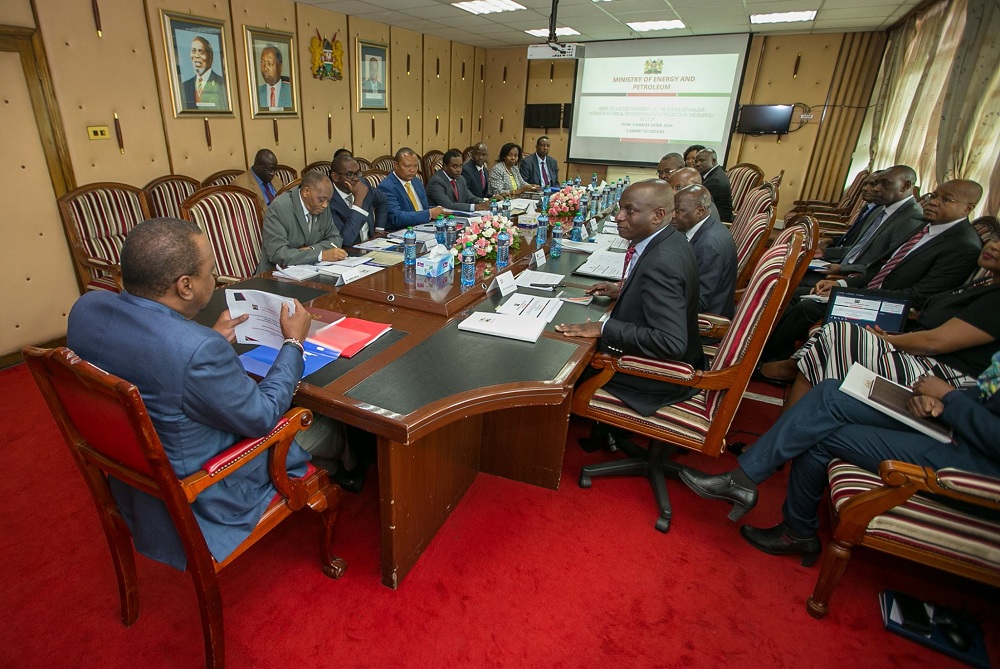 The 450-kilometre oil pipeline from Mombasa to Nairobi is 97% complete and will be commissioned and could be commissioned as early as Christmas., Energy Cabinet Secretary Charles Keter says.

Speaking at Harambee House when President Uhuru Kenyatta met energy sector drivers from the public sector, Keter said the 20-inch pipeline  will ease traffic on the Mombasa-Nairobi road, as well as significantly improve supplies and stability in Nairobi and Kisumu and their environs.

He also said plans to roll out low-cost liquid petroleum gas (LPG) were at a very advanced stage, and a target launch also of Christmas.

This will also increase penetration of alternative forms of energy to charcoal and kerosene which government wants to phase out in the long-term.

The President was also briefed on the work on infrastructure around the oil fields in Turkana, including road repairs and the fixing of the damaged Kainuk bridge.

The briefing, which was also attended by Chief of Staff and Head of Public Service Joseph Kinyua is part of the President’s focus on improved service delivery to bring better lives.