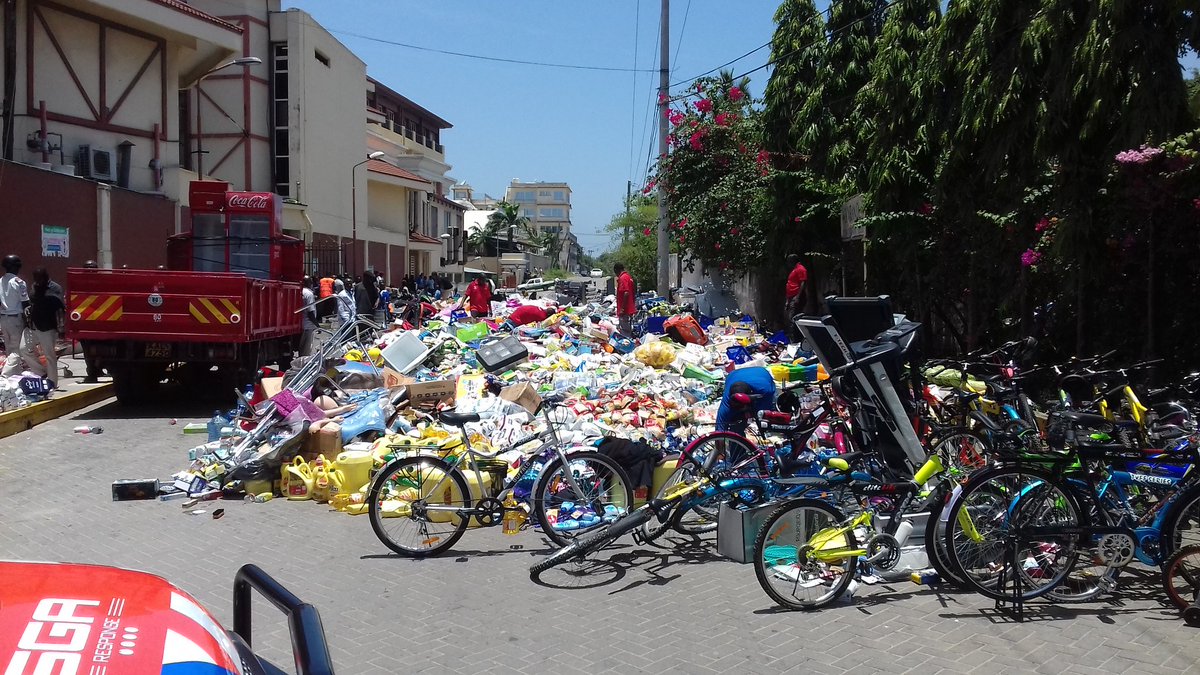 The court-appointment Nakumatt administrator Peter Kahi has protested at the manner the retail chain was evicted from its Nyali City Mall outlet in Mombasa.

Hired men descended on the store on Wednesday morning and carted out goods from the stores and shelves resulting in damages estimated to be over Ksh 300 million.

In a statement, Kahi said the move to evict them was against the law on firms under administration, which are protected against external interference or recovery action by any creditor during the term of the Administration.

Here is Kahi’s statement in full:

The attention of the Nakumatt Holdings Ltd “Nakumatt” Administrator has this afternoon been drawn to a regrettable and highly contemptuous action following the unilateral eviction of Nakumatt Nyali from its operating premises. This action is an absolute contempt of court as Nakumatt is currently under a Court sanctioned administration. To this end, I wish to remind all Nakumatt’s stakeholders of the following sacrosanct legal provisions cushioning the business from arbitral action:

I therefore take this opportunity to remind all Nakumatt’s creditors of the business status while pointing them to the provisions of the Insolvency Act 2015. All creditors are therefore notified and warned that they will be held responsible for damages and contempt of court for any action taken in the clear knowledge of the matters explained above. In this instance, I shall be swiftly moving to surcharge and effect the recovery of destroyed goods and property earlier housed at Nyali City Mall and valued at more than Kshs 300million.

READ: How foreign retailers are winning over Kenyans’ hearts

Ideal Location Limited had on Tuesday secured orders from the High Court in Mombasa allowing them to evict Nakumatt Holdings due to Ksh 27.8 million rent arrears.

Justice Charles Yano said the troubled chain of supermarkets has failed to pay rent, service charges and promotion fund, saying the owners of the mall, were at liberty to evict the retailer.