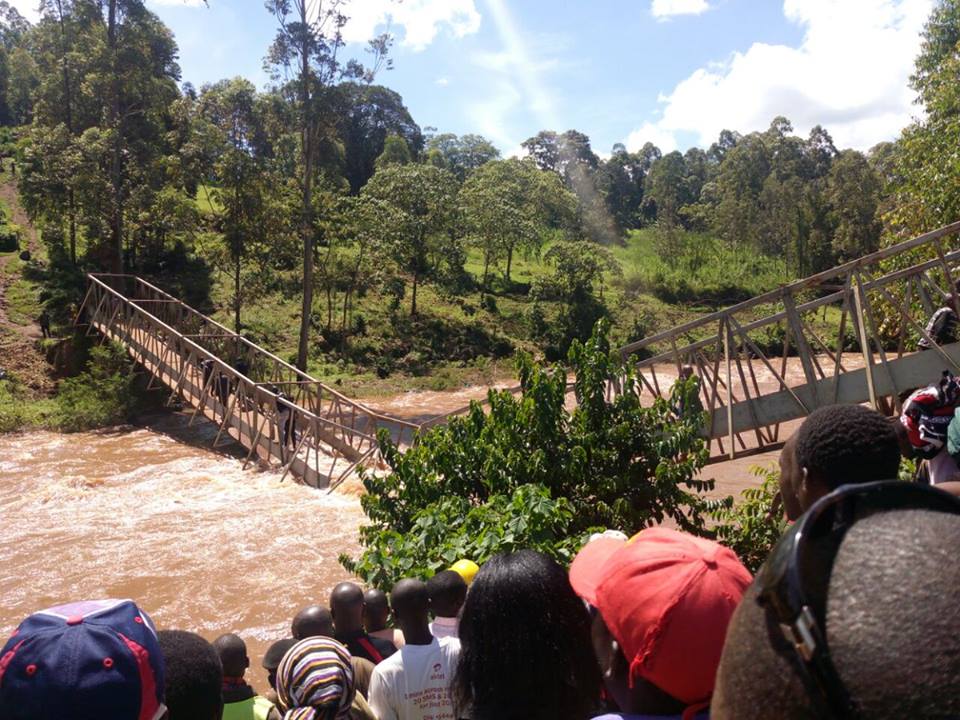 Machakos Governor Alfred Mutua has invoked the controversial Computer Abuse and Cybercrimes Act, which was signed into law by President Uhuru Kenyatta, to take action against those he claims misreported an incident where a bridge at River Gucha collapsed while he was on a tour with Kisii Deputy Governor Joash Maangi.

He has specifically targeted Standard journalist Geoffrey Mosoku, who he claims broke the “fake” news.

“I have written a statement with the CID at Ogembo Police Station so that Standard Journalist Geoffrey Mosoku may be charged with spreading fake news and cyber bulling for lying that I had fallen into River Gucha and that I was taking a selfie,” he tweeted.

New about the incident spread like wildfire and taken up by several sites but Mutua is threatening to enjoin everyone who retains the script, demanding they pull the stories down. It coincided with another saga over a bridge in his Machakos backyard, which has cracked, barely a year after being constructed and which the Kenya National Highways Authority disowned, saying it was the work of the county government under a World Bank programme.

“We visited the banks of the torrential Gucha River that is full due to the ongoing heavy rains in the country. While standing at the edge, we had an adventure as the bridge’s middle section gave way. No one fell in the river or was hurt but we were splashed with water,” he said in a series of tweets.

“I urge editors & internet site managers to verify the truth & to pull down the false Gucha river incident info they are reporting and to correct it with the truth. The OB number of my statement that will be used to charge ALL who publish & retain online lies is: 34 of 18/5/18,” he said.

Mutua says, contrary to initial reports, they did not fall into the water and that they were not talking selfies promising to produce video evidence and hundreds of witnesses to prove him right.

“The new law that @UKenyatta just assented to will be used to charge all those lying & others copying and spreading lies about the Gucha incident. We have video evidence that contradicts the lies & hundreds of witnesses. Fake news, impunity and abuse of social media have to end.”

Activist Boniface Mutua has moved to urge the governor to take it easy and even go swimming and take a selfie while at it. 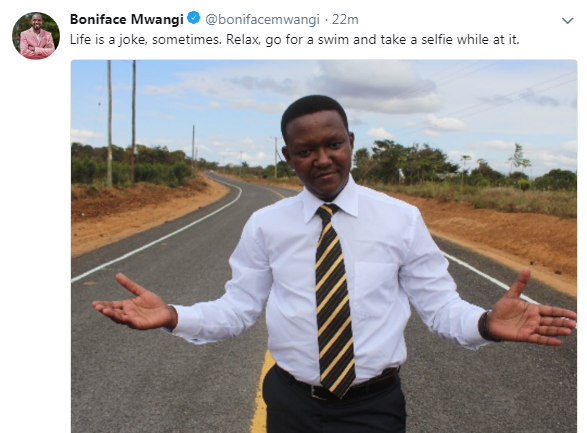 If police take action based on his complaint, it will be the first test for the new legislation, which has been criticised for limiting press freedom.

The Bloggers Association of Kenya has already revealed plans to challenge its constitutionality in court. The law imposes hefty fines including a Ksh 5 million fine or five year jail term for those who publish false news.

However, Mutua also took positives from the incident, saying it was God’s deed to prevent a potential tragedy.

“This incident was a blessing in two ways: I feel blessed and baptized by the waters of this very important river. The people of Gucha are telling me now I have become their child and should even come and build a home in the region,” he said.

“I thank God for using my visit to save many lives that could have been lost when unsuspecting mothers and children walked on the bridge. As the saying goes, God works in a mysterious way. It is God’s hand at work because it is clear that the bridge would have collapsed anytime soon. By giving way while Government officials were there it means that lives that could have been lost later today or tomorrow were spared,” he added.