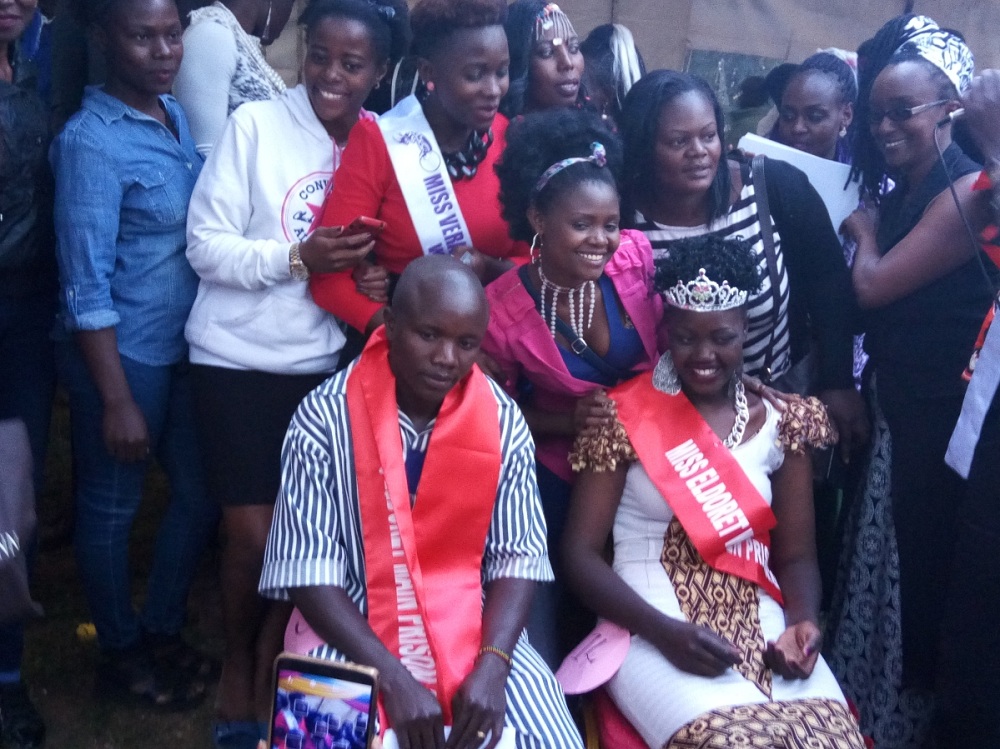 Mr Anderson Oronche, 29, emerged the winner in the men’s category after a tight competition. He is serving a four-year sentence for m**********r.

Thirty i*****s participated in beauty contest held at the p****n grounds on Tuesday.

The Mr/Miss Eldoret Main P****n event, which was organised in collaboration with Vera Beauty College, targets talent search and building relationships among i*****s.

Fifteen males and 15 females competed in the categories of casual, official and creative wear.

Mr Stephen Kabiru, the officer in charge of the p****n, said the event organised annually aims at discouraging idleness and also relieving boredom among the 1,800 i*****s.

“I hail the organisers for supporting the prisons department in the efforts to rehabilitate and reform offenders through such events,” said Kabiru.

He said the event helps in minimising f****s and wrangles, build self-esteem for the i*****s and make p****n life worth living.

“The i*****s come from diverse backgrounds. For them to live in harmony, we need to organise such events to bring them together,” he explained.

The competition also promotes creativity to enable i*****s who complete their sentences to engage in worthwhile activities outside p****n.

Everline Nduku, the Vera Beauty College Eldoret Branch Manager, said this is the fifth year they are supporting the event.

“We will continue to support the initiative for it is a motivation to the i*****s,” she said.

Other than talent show the i*****s are also equipped with carpentry, building and construction among other artistic skills.

Every year during agricultural shows, the Prisons Stand attracts many show goers who admire their products that have been skillfully produced.