MultiChoice and M-Net are celebrating the extraordinary life and legacy of Archbishop Emeritus Desmond Tutu with a special pop-up channel on DStv. Called A Carte Blanche: Tribute to Archbishop Desmond Tutu, the special tribute went live on channel 199 on all DStv packages across Sub-Saharan Africa from 5pm Sunday 26th December and will run until the Archbishop’s burial.

“MultiChoice is deeply saddened by the passing of our beloved Archbishop Emeritus Desmond Tutu – an exceptional visionary and leader who spent his life in pursuit of justice and service of mankind,” says Imtiaz Patel, MultiChoice Group Executive Chairman. “As Africa’s most-loved storyteller, we want to pay tribute to this remarkable man, and we’ll be bringing his incredible story to life on our tribute channel.”

The tribute channel will feature a variety of historical documentaries about Archbishop Emeritus Desmond Tutu, filmed between the 1980s and now, former and recent Carte Blanche interviews with our beloved Arch, his friends and family, as well as brand-new Carte Blanche overview of his extraordinary legacy and the way his activism, morality and fearless pursuit of equality touched the world. The content has been collated by Carte Blanche into four parts, comprising different segments and inserts.

Carte Blanche: A Tribute to Desmond Tutu is the third time MultiChoice and M-Net have broadcast a dedicated special events channel. The first was for Princess Diana and the second was for former South African President and Nobel Peace Prize winner, Nelson Mandela. 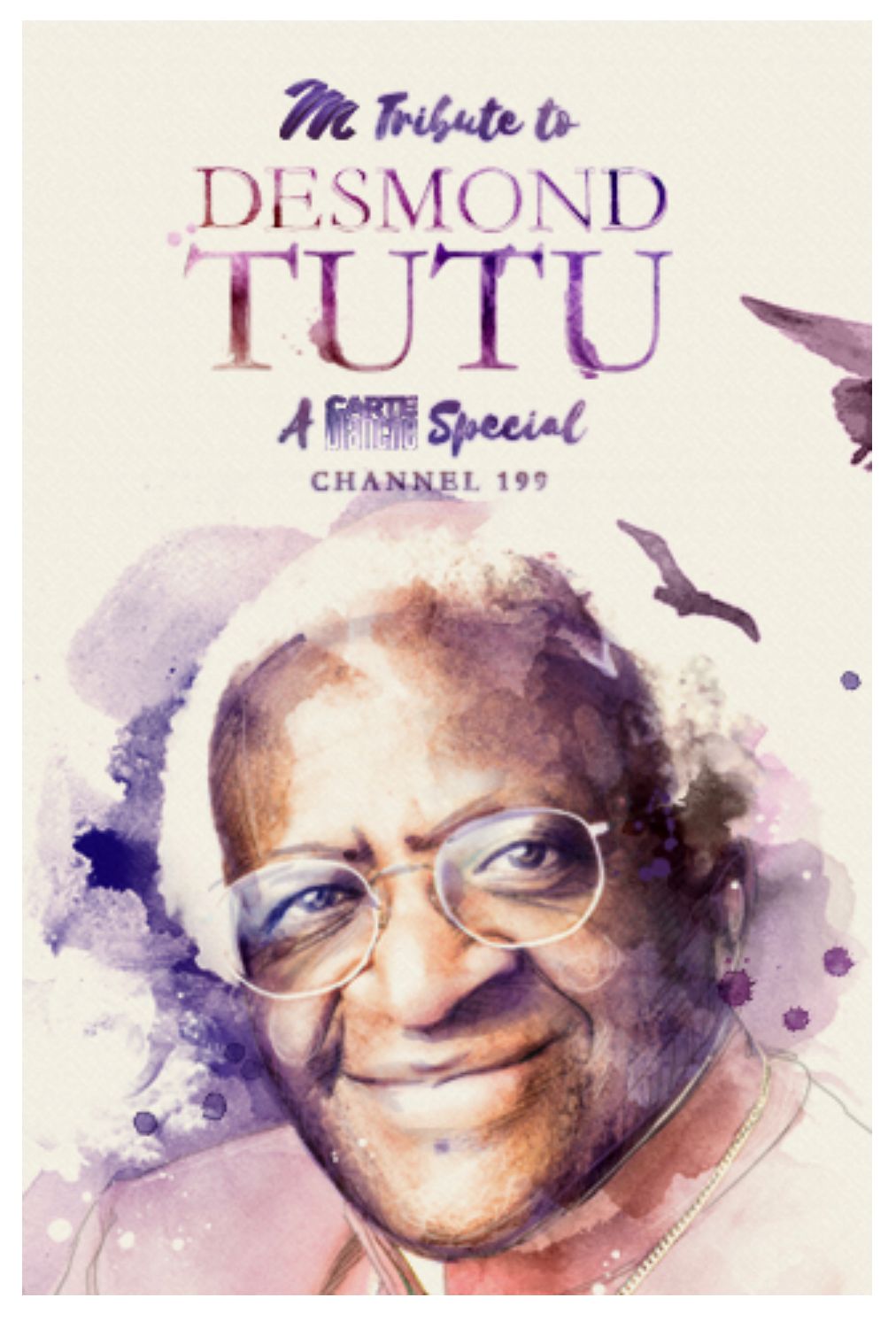 Part 1: We pay tribute to Archbishop Emeritus Desmond Tutu, a humanitarian who spent his life in the pursuit of justice and service of mankind.

Part 2: A poignant look at the days of Archbishop Desmond Tutu, the man dubbed as ‘the moral conscience of the rainbow nation’.

>> Veteran Radio Presenter Reveals His Next Phase Of Life

For the full schedule, subscribers are advised to visit the Electronic Progamming Guide (EPG) on their decoder as well as on the DStv website (dstv.com). In addition, more detail on each segment is available, go to the Carte Blanche web page: mnet.dstv.com/show/carte-blanche.

DStv customers will also be able to stream the channel and the content of the channel will be available on DStv Catch-Up.

“We will forever treasure his legacy and immense contribution to bringing about healing to our rainbow nation and honour his passion for liberation, equality, peace and progress. Our thoughts and prayers are with his family and his millions of friends around the world. Arch, we will miss your loving, kind soul and inimitable sense of humour,” said Patel.