As per complaints from different journalists, there is a selective media pass at Moi’s home in Kabarak. The same place the late former Head of State will be laid to rest.

Sons of the late former president and chief stakeholders are not allowing all journalists to enter the former Head of State’s homestead. Business Today understands that the only journalists who have been granted access to the homestead are those working for the Moi family-owned media house.

Benard Lucas, a freelance journalist, says he has tried to access the compound but was not successful. Benard who was accompanied by other journalists to the former president’s home said that none of them were told the reasons why they weren’t allowed in.

“I was among the journalists who were denied access to Moi’s home. Police GSU were putting everyone off, apart from the standard media reporters. I was with Melody Sinzori of citizen radio. It was a bad experience. They never gave us a reason for blocking us.,” Benard told a Business Today reporter.

Journalists who were denied access are not lamenting about being blocked from entering the compound but rather about selectively inviting other journalists in. Since Tuesday, journalists, except those from the Standard Media Group which is owned by the Moi family, have been denied access to the former president’s home.

Business Today understands that Gideon Moi defended the selective pass saying they want the coverage done ‘professionally’ and no crowding or obstruction. This has not been taken well by other journalists as they find themselves professional too.

Hawk-eyed GSU officers have firm instructions that only journalists from the Standard Group are allowed in. The rest of the crew including the State broadcaster, KBC, has been turned into spectators after being kept at bay, more than 150 metres from the Moi homestead’s gate.

It is not the first time that the media house has been on the spotlight for its relationship with the state. The Standard newspaper’s editors were once forced to drop a story that was touching on the Odinga family.

The media house changed the headline late in the night, minutes before the circulation of the paper began. This was after the former Prime minister used his influence to stop the publication of a court order on the succession case of his son, Fidel, who died in 2015.

Being owned by the Moi family, Standard Group has never done any story that portrays the family in a negative light. It is the media house’s loyalty to its owner that has earned it exclusive access to Moi’s home where scores of dignitaries have been trooping in to pay last respects. 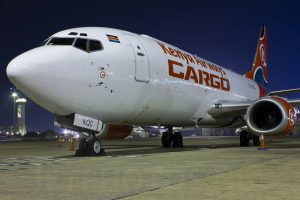