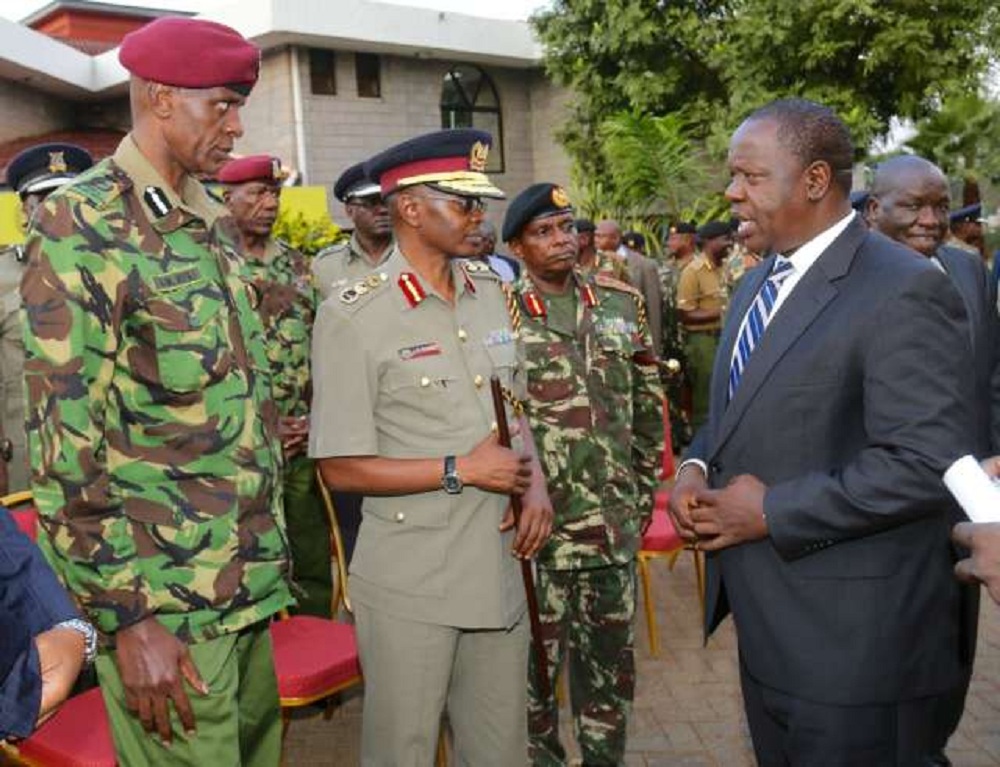 The High Court has found Interior Cabinet Secretary Fred Matiang’i, Principal Secretary Gideon Kihalangwa, who was formerly the Immigration Services Director, and Inspector General of Police Joseph Boinnet guilty of contempt of court after the failed to obey orders to avail lawyer Miguna Miguna in court.

Justice George Odunga, who had directed that Miguna be produced at 2.30pm after an earlier order was defied, declared there is no immunity from impunity as he directed that the three appear in court at 10am on Thursday for sentencing.

Justice Odunga, in his ruling, said the court gave the three officers an opportunity to defend themselves by directing them to appear in court but they decided to go into hiding instead.

Earlier, he had wondered why the officers could not sent representatives such as the Principal Secretary, the newly-appointed Chief Administration Secretary or senior police and immigration officials if they were unavailable.

Matiang’i and Boinnet had accompanied President Uhuru Kenyatta to a passing out parade at the GSU Training School.

In his ruling, the Judge also declared that  court orders are not subject to interpretation of the executive, adding “contempt of court orders is a grotesque monster that the court should hunt wherever it lays its eggs.”

He added there was no reason why the court orders were not complied with, saying to disregard them is to disregard the very principles our democracy as a country is built on.

“There cannot be a gap in the application of the rule of law and the court must at all times embrace a willingness to oversee executive action and refuse to counter behavior that threatens the rule of law,” he ruled.

He added: “It is time for those who violate the constitution to take responsibility for their own actions.”

The government has insisted that Miguna must renew his renew his Kenyan citizenship to be issued with a new passport before he could be allowed to enter the country.

However, Miguna has denied media reports that he tore up passport application forms he had been given to fill.

“I couldn’t have torn a document I was not given. What I was given and tore at 2:30pm on March 27, was a citizenship application form,” in a post on his Facebook page.

Miguna says he is still being held in a filthy toilet at JKIA’s Terminal 2 without access to his lawyers, family and doctors.

He also said a consular official from the Canadian embassy was twice turned away while another one from the Kenya National Commission on Human Rights was also denied access and his clearance, which expires at midnight, was not renewed.

In total, the government has denied 10 court orders relating to his situation.