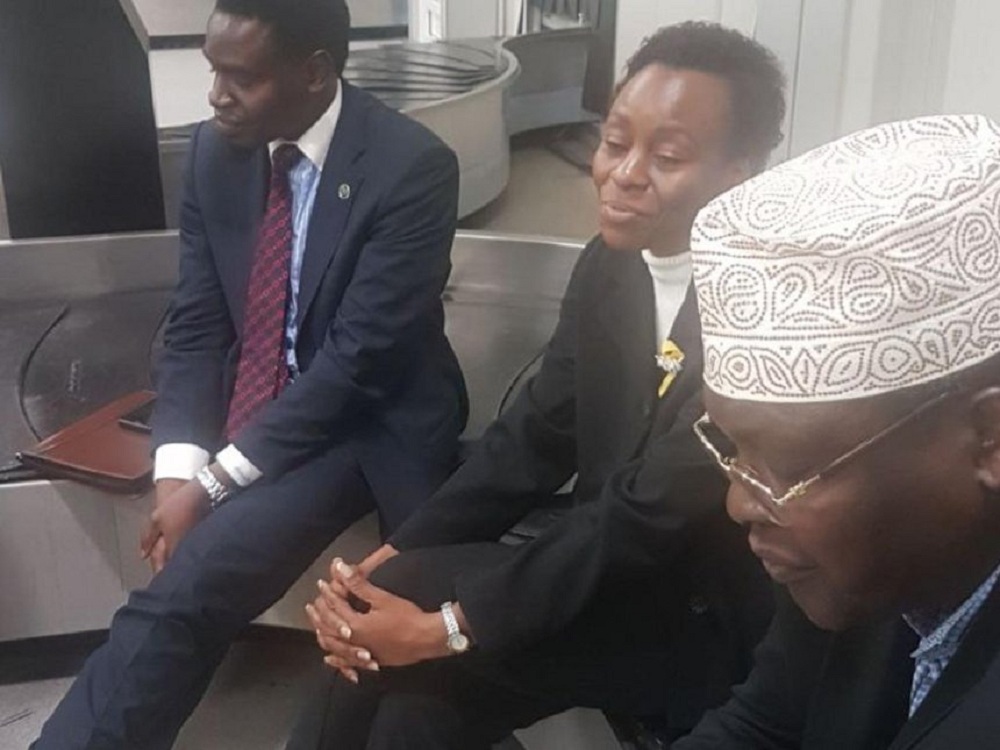 The Department of Immigration Services says Miguna Miguna must regularise his Kenyan citizenship before he can be allowed to enter the country.

In a statement, acting Director General Gideon Munywoki reiterated that Miguna lost his Kenyan citizenship in 1998 when he acquired Canadian citizenship and upon the promulgation of the 2010 Constitution, which paved way for dual citizenship, he was supposed to renew it.

Munywoki also denied that immigration officials at the Jomo Kenyatta International Airport denied Miguna, who was deported for presiding over NASA leader Raila Odinga’s mock swearing in as the People’s President on January 30, was denied entry into the country, saying instead he was the one who refused to produce the passport he used to travel and instead resorted to throwing tantrums.

There was drama at the airport on Monday night when police attempted to re-deport Miguna to Dubai but he successfully resisted.

Earlier attempts by Raila and his lawyers, who included Siaya Senator James Orengo and John Khaminwa, to facilitate his entry into the country proved futile as the immigration team remained adamant. 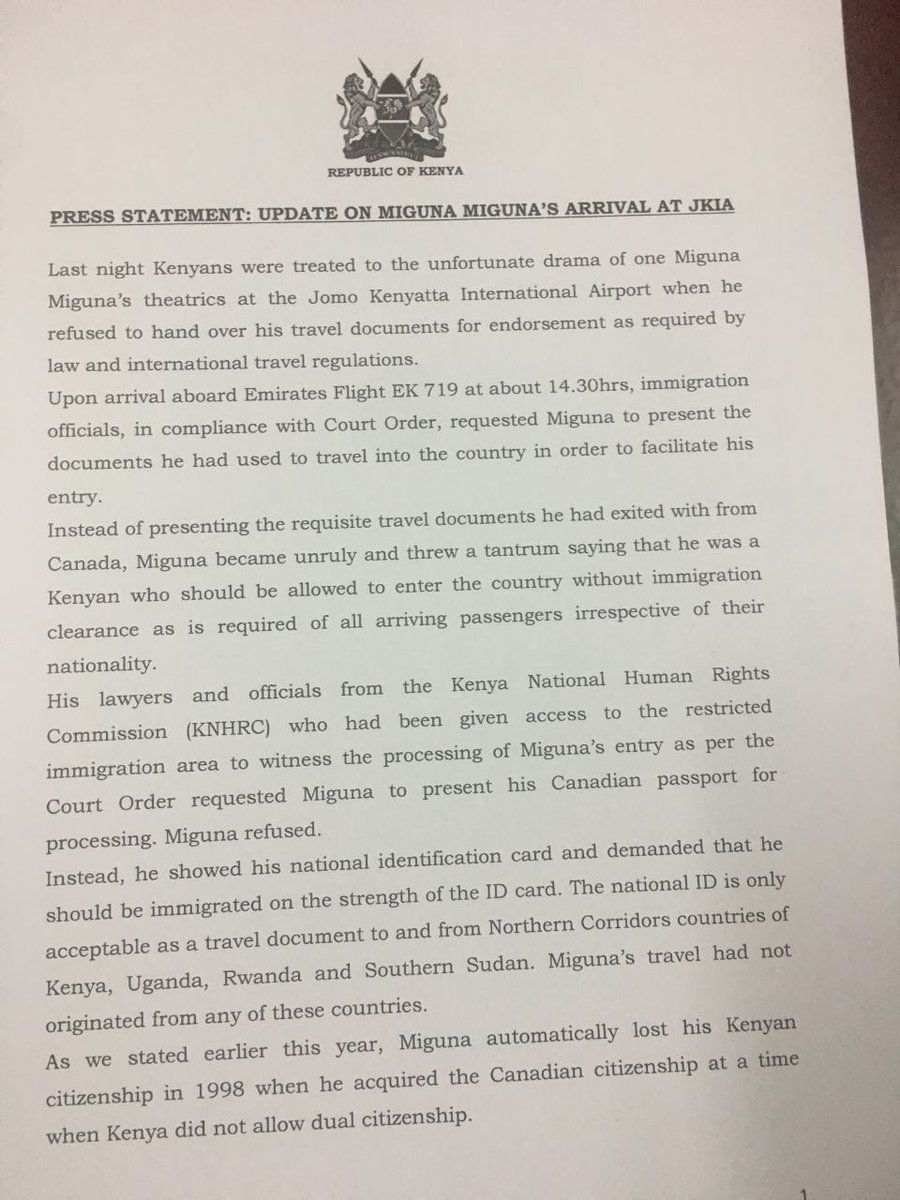 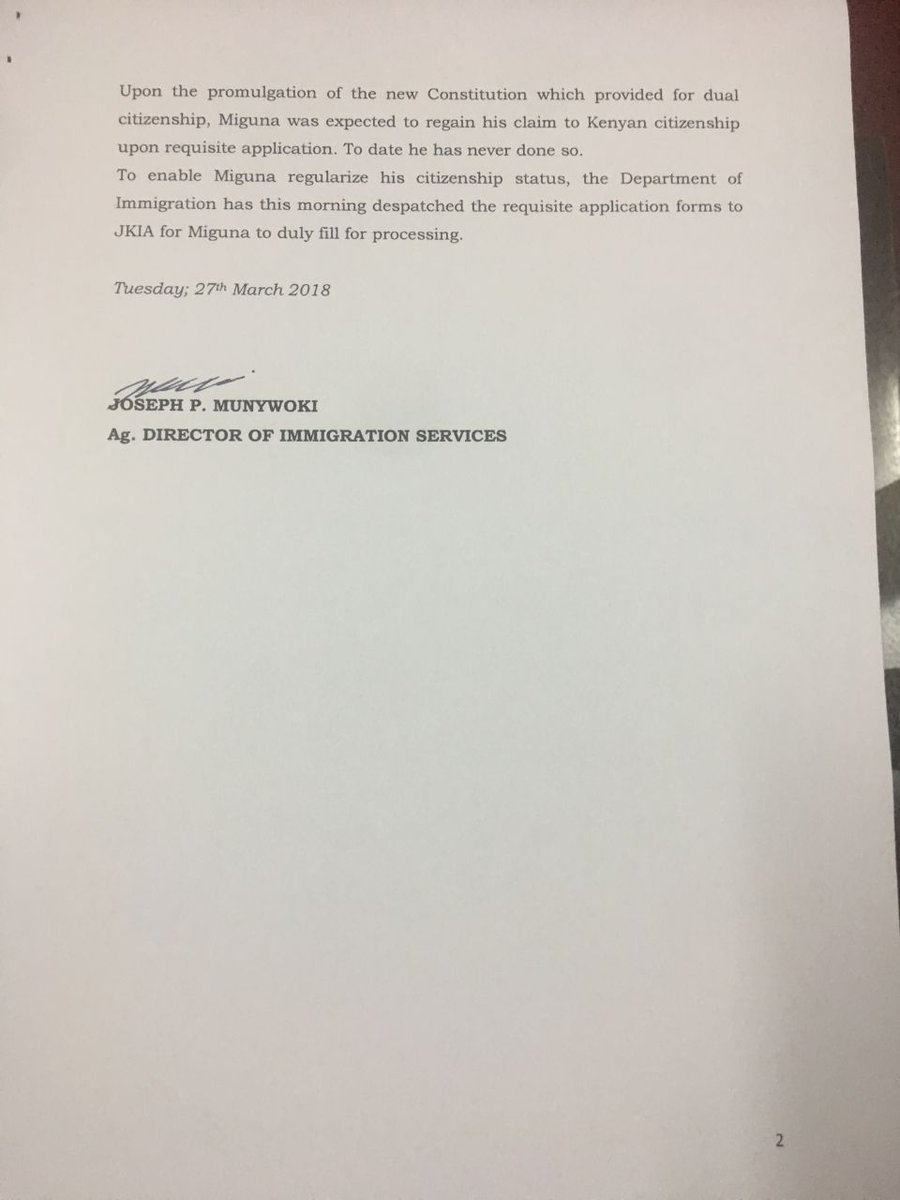