Acting Safaricom CEO Michael Joseph poses for a photo. He says he is pained to relinquish his position to Peter Ndegwa

Acting Safaricom Chief Executive Michael Joseph has revealed his ‘pain’ at the imminent departure from the corner office at East Africa’s most profitable company but says he is prepared to offer incoming boss, Mr Peter Ndegwa, a guiding hand once he officially takes over from him on April 1.

Speaking to Business Today on the 13th M-Pesa Anniversary celebrations in Nairobi, Mr Joseph revealed that the succession blueprint will be the same as when he first handed over to the late Bob Collymore in 2010, meaning that he will stick around for about three months showing the new sheriff the ropes.

“The first time it was easy because I had been at the helm for 10 years so handing to Bob Collymore was seamless,” he said in an interview with Business Today, “This time is a bit difficult because I have only been here for a short time, there’s so much that could have been done but I have faith in the new CEO.”

Michael Joseph, who also sits on the company’s board of directors repeated the same words he uttered when explaining why Safaricom overlooked Joseph Oguttu (Head of Special Projects), Sateesh Kamath (Chief Financial Officer) and Sylvia Mulinge (Chief Customer Officer) for the top role before he was announced as acting chief executive last year.

Before handing over to the late Bob Collymore in 2010, Mr. Joseph had to take his successor through the nitty-gritties of the company by taking him to board meetings as well as familiarizing him with the company’s staff and stakeholders.

Collymore who was chief of Corporate Affairs at Vodacom based in South Africa was already familiar with the role of chief executive before he was actually announced as Joseph’s replacement.

Peter Ndegwa, the incoming CEO reports to work on April 1 but Mr Joseph maintains that he will need an adaptation period since he does not have a telecommunications background.

“He is not from our background (telecommunications) so there will be the need to show him the way around,” added Mr Joseph.

Ndegwa will be the first Kenyan to take charge of the bluechip company and the fist chief executive plucked from a different sector.

He is currently wrapping up his stint as the Diageo Continental Europe Managing Director. Diageo is the multinational that owns majority stake in East African Breweries Limited (EABL).

Ndegwa joined East African Breweries Limited (EABL) in 2004 as Strategy Director in 2004 and is largely credited with spearheading the development of the company’s affordable beer strategy that birthed Senator KEG.

KEG is one of the most popular affordable brews in the country and benefits largely over its association with a trusted brand. 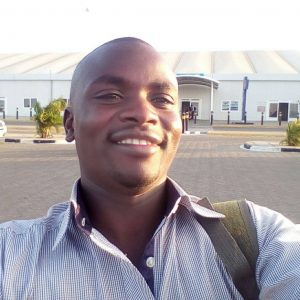