An initiative by the Kenyan Premier League during the second leg of the Mashemeji derby aimed at finding lost children has scooped four awards at the recently concluded African Media &Advertising Summit held in Marrakesh, Morocco.

The awards whose theme was “Positive Brands” feted KPL for its campaign dubbed “The missing mascot”. The KPL initiative bagged four awards — two Gold, one Silver and Mad Grand Prix (The most prestigious medal at the awards). The campaign was entered in three categories namely PR, Print and Promo Activation.

In the campaign, players from AFC Leopards and Gor Mahia walked to the pitch holding posters of missing children, which had been verified by Missing Children Kenya. Images of the players carrying the posters were broadcasted on live television as fans who could not make it to Kasarani followed the match on TV.

To celebrate the International Missing Children’s Day 2019, the Kenyan Premier League (KPL), in collaboration with Gor Mahia and AFC Leopards football clubs, decided to create awareness on the “Missing Child Kenya” through a CSR initiative during the two clubs’ Mashemeji Derby encounter on Sunday May 19 2019 at the Moi International Sports Centre, Kasarani.

“This is a very unique initiative in the sense that we did not spend a single cent but three children were found within 48 hours of the derby”, said Megha Dutta, Express DDB Kenya’s Creative Director and the Project Lead.

It was just an initiative to help missing children reunite with their families but it ended up getting getting continental awards. This puts Kenya as well as the KPL on the continental map. 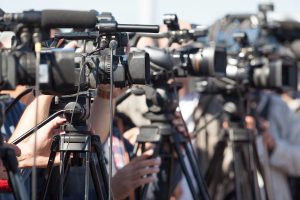 Dear editors, Kenyans watch news for information not depression
If you are to use three adjectives to describe news…