Evamariserah MurugI. She is one of the children who have reunited with their loved ones.

During the recent Mashemeji Derby at the Moi International Sports Centre, Kasarani, the Kenya Premier League in association with the participating teams supported a human interest initiative by Missing Child Kenya.

The support was shown through players of AFC Leopards and Gor Mahia walking to the pitch holding posters of missing children, which had been verified by Missing Children Kenya. Images of the players carrying the posters were broadcast on live television as fans who could not make it to Kasarani followed the match on TV.

The players had also carried the posters in attribute to the worldwide practice of footballers being accompanied to the pitch by child mascots. By doing so, the Gor ad AFC raised awareness about the missing children hence helping the children reunite with their families.

According to statistics provided by Missing Child Kenya, 388 children have been reported missing this year. The Mashemeji Derby played a part in helping some children find their families but other 379 children are still missing. Sports hold a great power to rally people to support causes like this which benefit the community.

“Sports hold great power to rally people to support causes like this which benefit the community and make the world a safe and better place for our children,” the Kenya Premier League said in a statement. 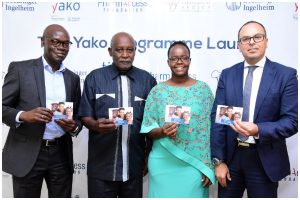