Everest Limited and Shelter Afrique have completed the development of the second phase of Everest Park Apartments, a multi-million-shilling mixed use property located in Mavoko on Mombasa Road.

The project is developed by The Everest Park Development, Joint-Venture between Shelter-Afrique and Everest Limited.

The two companies own land upon which the project sits. Shelter Afrique further provided debt to the tune of Ksh398 million and a standby facility amounting to Ksh50 million.

“The completion of Everest Park Apartments Phase II is a continuation and reinforcement of our relationship and strong partnership with Everest Limited and a testimony of joint commitment to the development of affordable housing in Kenya,” said Shelter Afrique Managing Director & CEO Andrew Chimphondah.

In 2011 Shelter Afrique entered into a partnership with Everest Limited and developed Everest Park Phase I. The 240 units were developed at a cost of Ksh755 million, marking the beginning of a long-term partnership between the two organizations.

“We believe unit cost of between Ksh2.9.5 million and Ksh4.95 million though not very affordable is within reach of many Kenyans, especially those in the middle class. Shelter Afrique aim is to make houses as affordable as Ksh1.5 million,” Mr. Chimphondah said.

Everest Limited Managing Director James Muriuki said despite the challenges phased with Phase I of the project, the market was reacting positively to the second phase.

“We have sold 96 of the 200 units with one and two bedroom units being on high demand. We are upbeat about the uptake of the remaining units,” Mr. Muriuki said.

“We will see more of these arrangements in order to reduce the housing deficit and reach our target of 500,000 housing units by the year 2022,” Dr. Obure said.

The mixed-use complex boasts of a playground for children, parking space facilities and a commercial centre still under construction. 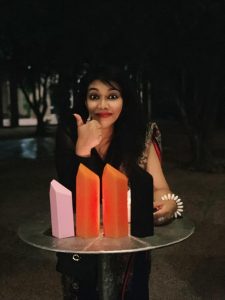