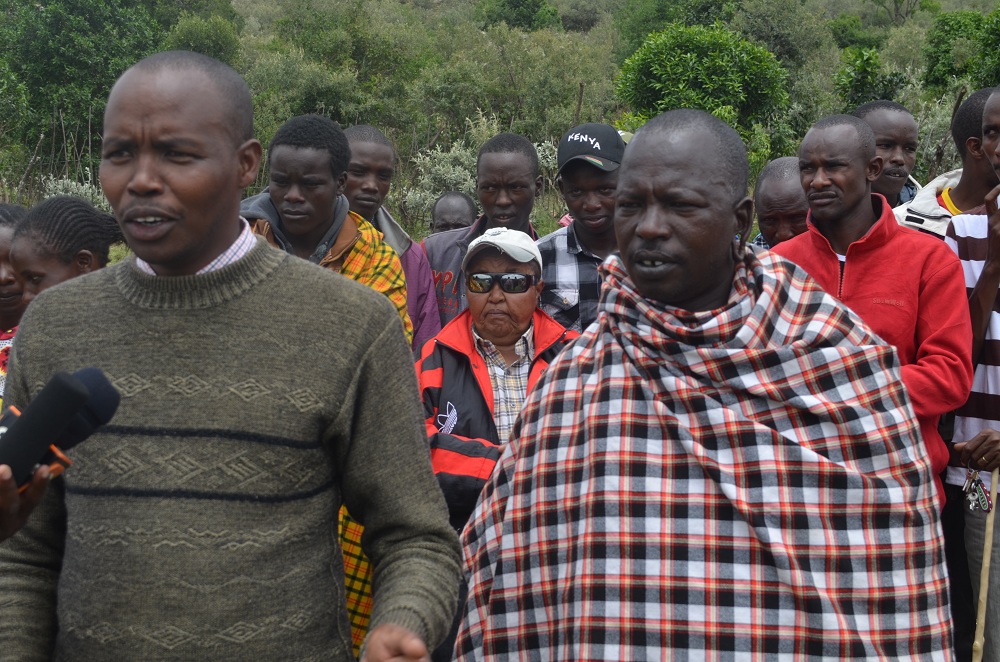 [dropcap]P[/dropcap]reparations to receive the bride price for President Uhuru Kenyatta’s great grandmother the late Susana Musana are ongoing at Ngoswani village in Lemek area, Narok West Sub County where she hailed from.

Giliisho’s family is pulling all stops as they prepare for the great day when they are set to receive visitors from the First Family, who will be coming to make amend after their great grandfather failed to comply with tradition by paying the bride price in the early 18th century.

The family’s spokesperson, Chief John Giliisho, said they are well prepared with special foods that according to the Maasai culture must be given to distinguished guests.

“We have a special bull for the visitors according to our culture. The cow is black and white in colour and it is already cleansed by the elders. The meat will be prepared on olive tree leaves. The visitors will eat only some special parts of the cow,” he said.

The olive tree, known as Oloirien in Maa or Mutamaiyu in Kikuyu, is preferred for the ceremony because the Maa community believe it is a divine tree. The community uses its charcoal to clean calabashes and sticks for smoking milk gourds. Its burning branches are used to flavour soup giving it a fragrant smell.

Though the specific day to deliver the bride price is yet to be set, the chief confirmed that special songs are being composed to entertain their guests, adding everyone will be required to dress in Maasai attire to reflect the importance of the day.

“Respected elders in our society will dress our visitors with special Maasai attire and, thereafter, lead them to sit on an exceptional stool where they will dialogue and reconcile over the past wrongs before the two families are blessed by the elders,” he said.

Chief Giliisho says special wine to bless the visitors will prepared. According to the Maasai culture, only wine prepared locally by elders is used during the ceremony.

“Everyone is welcome to come and witness the big occasion but not everyone will be allowed in the distinct room where the First Family will be hosted or to taste the food set aside for them,” he says.

The long journey that started early this year has seen President Uhuru Kenyatta’s family hold discreet talks with Giliisho’s family on how to pay the bride price his great grandfather should have taken care of.

Those in the front line in the negotiations are Uhuru’s cousins Ngengi Muigai and Captain (Rtd) Kung’u Muigai, who during a recent youth meeting in Narok town reiterated that preparations to pay the bride price were in top gear.

Captain Muigai said that in the late 1890s, Gikuyu warriors raided a manyatta in Narosoora area in Narok and took a girl and a herd of cows. The girl, identified only as Musana, was later taken to Gatundu and given to the family of Kung’u Magana.

Magana, their great grandfather later on married Musana and renamed her Wanjiru. The two had a child named Muigai, who was the father of Kung’u Muigai, Kenya’s first President Mzee Jomo Kenyatta and James Muigai.

Captain Muigai and Ngengi are sons of James Muigai, hence Uhuru’s first cousins all who have Musana (Wanjiru) as their great grandmother.

READ: Kenyan men are the most faithful in Africa, new report says

He explained that because President Uhuru was named after his great grandfather, Muigai, the responsibility is on him to pay his bride price.

Musana, according to Capt Muigai, is the Kenyatta’s family matriarch and her home was traced to Narosoora in Narok after Uhuru ascended to power in 2013. “Musana is the mother of our family, we respect her and that is why we have taken time to trace her origin,” he says.

During the First World War, the late Mzee Kenyatta was advised by Musana to hide in Narok to avoid being recruited into the British army after his elder brother, Kung’u, was conscripted in 1914 and was never seen again.

Mzee Kenyatta is said to have taken refuge in Narok for five years. When he returned to Gatundu, he spoke fluent Maasai and wore a beaded belt called ‘Inyatta’ in Gikuyu.

“Kenyatta stayed in Naroosura during the entire duration of the First World War. He even opened a shop in the area. This is where he learnt to speak fluent Maa language,” he said.

Mzee adopted the name Kenyatta when he went back to Gatundu because of the belt that he loved most. He had it from the time he got into politics until he became president.

One of the most important practices in Kenya and indeed in most of Africa is the custom of paying bride price to the family of a prospective wife. A couple in love cannot just take off, get married and establish a home. There are detailed steps and procedures that are to be followed before a couple can marry.

When a young man finds a girl that he fancies and he desires to marry, he has to declare his intentions to her family. In some Kenyan cultures such as the Maasai’s, this was done by the man planting a spear outside the home of the young girl.

After this, the young man gathers a number of his friends for a casual visit to the family of the girl. During this visit, nothing serious is discussed but the man makes his intentions clear from the word go. Of course, you can never show up for any visit empty handed. One must carry gifts for the family to show his appreciation. This usually includes every day household items such groceries as well as money and some specific gifts for the parents and immediate family.

Another visit is arranged where the young man comes along with his family members and elders from his clan. This is a crucial visit as this is when the actual bride price is discussed.

The young couple is usually not allowed to attend the negotiations. If the two families agree, bride price is set. Usually, bride price is in form of cows and goats. This is then converted into money and the family is required to make a reasonable down payment.

At this point, if the parties agree, a wedding is granted and the young couple can either move in together or hold a wedding ceremony in a church or at the Attorney General’s chambers.

In most Kenyan cultures, bride price is not paid at once. The man is expected to show appreciation to the family of the bride for the rest of his life by supporting them financially even after clearing the stated bride price.

Many Kenyans have, however, been influenced by western culture and are dropping their cultural practices. Still, many cultures are holding onto their practices. The cultural practice of paying bride price in Kenya is expected to continue for a long time.