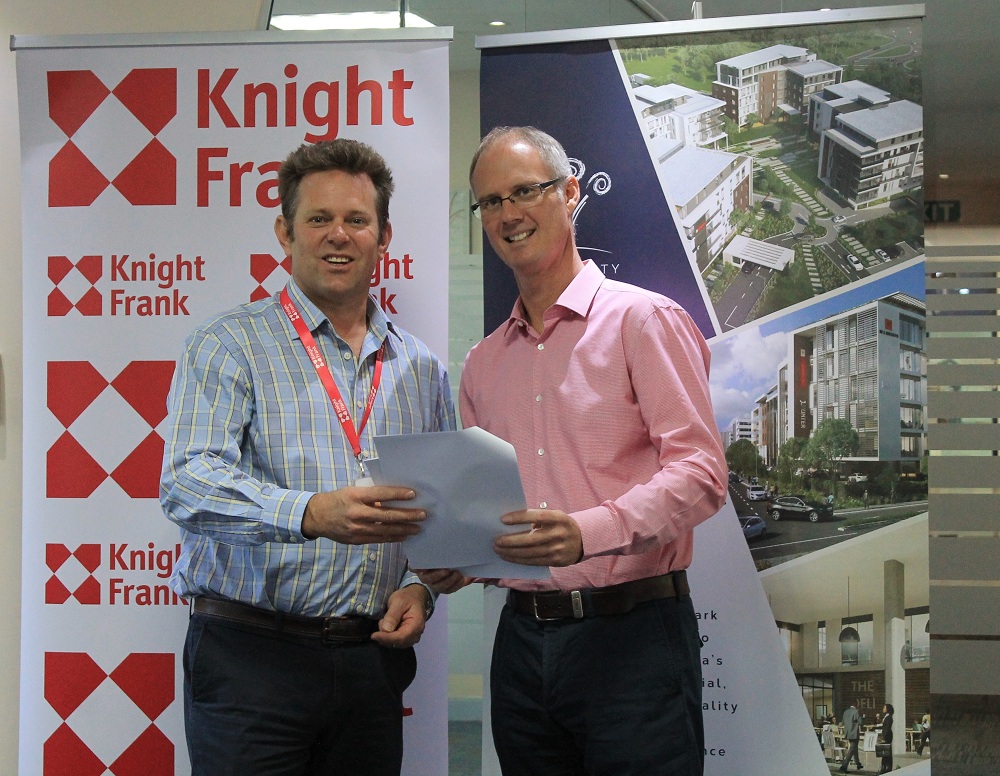 Knight Frank Kenya has been appointed as property manager for the Garden City Development with effect from March 16, 2018, following the signing of an agreement with Actis, the developer.

Garden City Development is Nairobi’s first fully-integrated mixed-use development encompassing retail, residential and office space, all planned on 47 acres of land on Thika Road. Knight Frank is also the letting agent for the business park and sales agent for residential at Garden City.

Ben Woodhams, Managing Director at Knight Frank Kenya, said: “This is a major milestone for Knight Frank Kenya as we are celebrating our 20th anniversary this year. It brings our long-standing relationship with Actis full cycle as we were the lead letting agents for the mall and have worked on other developments together since early 2000s.”

Chris Coulson, Managing Director – Garden City Development, said: “As Kenya’s first mixed-use development, Garden City has premium retail and office space available for lease and residential units for sale or lease, so Knight Frank has just the management and marketing expertise that we are looking for. We are excited to have Knight Frank Kenya coming on board to join the Garden City team and are looking forward to a busy year ahead.” Knight Frank Kenya has been involved in all major shopping centre developments across the country through leasing and management for the last 20 years. Over that period, it has introduced major international retail brands into the Kenyan market with the latest being Shoprite.

Garden City Mall has a Gross Lettable Area of 375,000 sq ft. The space taken up by Shoprite—which is expected to open in August—has pushed the mall’s occupancy to over 90%. Garden City residential currently has 215 units of townhouses and apartments, with a further 400 units planned.

The first phase of the business park will have 125,000 sq ft—60% of which is already leased, while two subsequent office blocks will deliver a further 125,000 sq ft. Future plans in the development include a hotel, medical facility and other complimentary commercial uses.