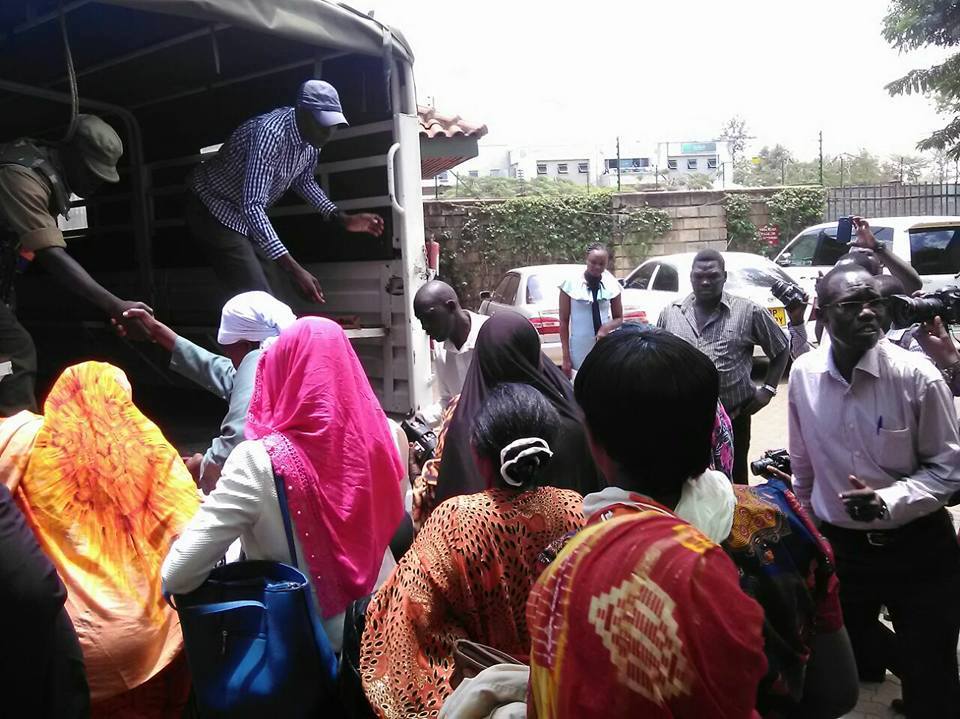 Kisumu youth stormed a women’s meeting in Jumuia Hotel Wednesday following a*********s that the Nyanza Women of Faith Network forum was being used to buy national identity cards to disfranchise locals by locking them out of the October 17 fresh presidential contest.

Residents hurled stones at the hotel smashing its windows. A woman, who was roughed up by a mob, said they were at the hotel to advocate for peace. Police had to f**e teargas canisters to disperse the rowdy crowd and rescue the women.

Pastor Alice Owour of Deliverance Church said the youths took her bag which had money, personal effects and a Bible.

“They stormed the meeting accusing us of working with Jubilee agents to buy IDs from residents,” Owuor said after police rescued them.

Attendees had checked into the facility on Tuesday. They had come from Migori, Homa Bay, Kisii, Kisumu and Siaya counties.

This comes at a time when the political temperatures in the country have heightened as the country is headed for the repeat elections on 17th October. Kisumu has always been a hot ground for political tensions and even v******e.

Nasa leaders claim the Jubilee administration is using the provincial administration and others to buy IDs from voters in Nyanza and Western regions, the main strongholds of its candidate Raila Odinga.