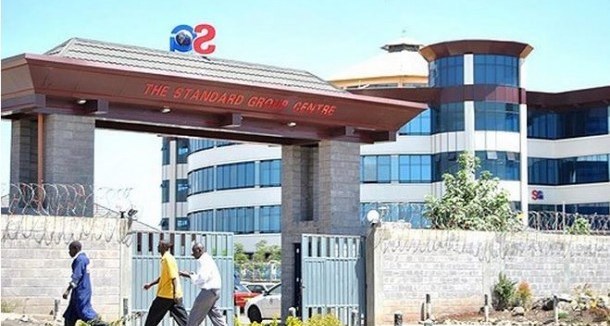 Former Nairobi Governor Evans Kidero has secured an injunction against the Standard barring it from publishing stories linking him to alleged massive looting of funds at City Hall.

Kidero moved to court on July 31 after the newspaper failed to apologise over a story linking him to an alleged Ksh 7.7 billion scandal at City Hall. According to the story, Kidero and nine officials in his administration are being probed afresh over suspected embezzlement of funds from the county’s coffers through large withdrawals using multiple accounts while serving as governor of Nairobi.

Through Prof Tom Ojienda & Associates, the former governor averred the July 9 story and prominent use of his photo were defamatory and demanded that the media house apologises within seven days failure to which he will move to court.

In the injunction order issued on August 2, the Standard Group, which had been sued alongside reporter Geoffrey Mosoku, was restrained from further publishing defamatory articles touching on the issue for a period of 14 days. Hearing of the suit is scheduled for August 14.

However, the move appears to have been overtaken by events after the former governor was on Wednesday afternoon arrested for corruption and was taken to Integrity Centre for court processing.

EACC Spokesman Yassin Amaro told Capital FM News that Kidero would be charged Thursday alongside seven others, including Lilian Wanjiru Ndegwa who served as County Secretary and Jimmy Mutuku Kiamba who controlled finances at the county.

Director of Public Prosecutions Noordin Haji says there is overwhelming evidence linking Kidero and the seven others to mismanagement and embezzlement of public funds.

“The DPP has independently reviewed the file and material submitted to me and is satisfied that the persons named are criminally culpable jointly and severally,” the DPP, in a message posted on Twitter said.