The students Mishael Wambua, Kandalla Maleehah, and Catherine Penda made history by beating Harvard Law School in the final of the competition.

The win makes them the first African team to win the competition  that was formerly known as the European Law Students Association Moot Court Competition on WTO Law.

@StrathmoreLaw met @Harvard in the final of the 17th John H. Jackson Moot Court on WTO Law today in Geneva. It was the 1st time an African team made it to the finals. @StrathmoreLaw won the Moot! 🙏🏽 Congrats great team! Kenya! @StrathU @wto @JAHillmanGULaw @IALSnet @dailynation pic.twitter.com/yRI4L1YxB0

The competition that attracted students from 90 law schools globally requires the participants to prepare and analyze a fictive case and present their arguments both for the Complainant and the Respondent in front of a panel which comprises of WTO and trade law experts.

Regional rounds are first conducted in Europe, Asia Pacific, Africa, and the America with 20 best team proceeding to participate in the Final Oral Round, which is held in Geneva.

This big win comes as the Senate launches investigations of increasing failure of students sitting the Bar examination at the Kenya School of Law (KSL).

The probe comes after a petition filed by Mr Elkana Kitur and Mr Abdalla Suleiman.

The Law Society of Kenya (LSK) is also investigating the matter.

In January 2018, a task force released a report that revealed the massive failure of law students seeking to be admitted as advocates of the High Court in a period of eight years, 2009-2016.

In the report 7,530 students passed the bar examination while 8,549 failed implying to a failure rate of 53 percent.

There have been allegations that the examination is a cash cow for Council of Legal Education (CLE).

“There seems to be a disconnect between the way lawyers are trained and the exams they sit at the KSL. There’s need for thorough audits,” said nominated senator Agnes Zani. 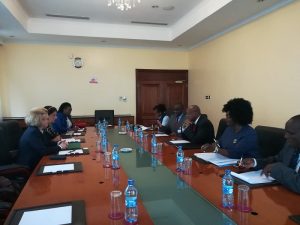