Kenya has secured Ksh210 billion from international markets through the sale of the country’s third Eurobond, National Treasury Cabinet Secretary Henry Rotich has confirmed in statement.

The $2.1 billion Eurobond will be issued in two tranches of 7 year and 12 year tenors.

Rotich says that the issuance of the Eurobond was a huge hit with investors leading to an oversubscription of 4.5 times.

“The Government of Kenya, acting through the National Treasury and Planning, has successfully priced a new $2.1 billion, dual-tranche Eurobond of 7-year and 12-year tenors on 15th May in London, United Kingdom,” reads the statement.

According to Rotich, the money will be used to plug budget deficits as well as service the 2014 Eurobond which is due to mature in June.

“The proceeds from this issuance will be used to finance some of the development infrastructure projects, the general budgetary expenditure and to refinance part or all of the obligations outstanding under the $750 million (2014 Eurobond) due on June 24 and potentially part of the other debt obligations,” said Rotich.

This is the third Eurobond that the government will be issuing after borrowing Ksh280 billion in June 2014 in five year and ten year tranches.

Last year, President Uhuru Kenyatta was first to congratulate Rotich after the Treasury honcho secured a second Eurobond worth Ksh202 billion in ten and 30 year tranches.

This brings the total amount that treasury has borrowed through Eurobonds to Ksh692 billion in five years.

Last year, the government was put on the spot after a leaked auditor general report revealed that the Mombasa Port could be taken over by the Chinese over the huge debt that Nairobi owes Beijing. 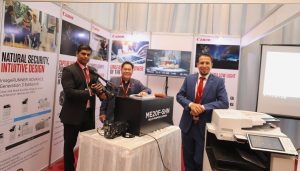