To match the current state of its business, national carrier Kenya Airways has informed its staff they are in line for at least 50% pay cuts while Chief Executive Allan Kilavuka is also set to see his salary trimmed by 80% just days after he agreed to shave off 35% off his regular salary due to the suspension of flights to 65% of the airline’s destinations at the height of the COVID-19 outbreak.

By the same token, board members and senior managers are also set to contend with 75% less than what they are used to after agreeing to 25% cuts on their wages on Friday, last week as the company’s business performance hits turbulence in the unprecedented COVID-19 times.

In a letter to staff seen by Business Today, Kilavuka says the pay cuts are correlated to shrinking revenues as flights to key destinations remain grounded until further notice.

“My communication on March 17 regarding the 25 percent pay cut for the leadership team and 35 percent for myself has been superseded as the situation has evolved significantly,” said Kilavuka.

According to the chief executive, the airline has not yet reached the tipping point where it would be forced to layoff its employees but the pay cuts are a necessary measure if the business is to stay afloat.

“We are therefore not taking any decision on layoffs. Instead, we would like everybody to participate in taking a salary reduction and paid and unpaid leave,” added the Kilavuka.

Last week the airline announced drastic reductions in the number of flights to London, Paris and Dubai but the possibility that the company could suspend operations if the current trend persists is now becoming a possibility.

The airline has encouraged non-technical staff to take their annual leaves effective immediately.

All staff required on duty will be on 25 percent or 50 percent pay depending on their pay grade.

However, as much as the airline’s staff are having to take home much lower than they are worth, the airline has promised to reimburse them in the future when the company is in good standing financially.

“We are in unfamiliar territory and are constantly and carefully evaluating our options. We are also in continuous consultation with the government to appraise them of the situation and find ways in which they can support us,” said Kilavuka.

The new measures have been communicated to the relevant workers’ unions who are yet to issue any statements regarding the same by the time of posting this article. 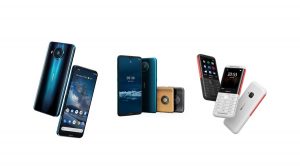