Mr Kilavuka faces the unenviable task of lifting the airline from the turbulence of losses and steering the nationalization plan approved by cabinet last year. [ Photo / Kenyan Wallstreet ]

The Board of Directors of Kenya Airways Plc has appointed Mr Allan Kilavuka as the airline’s Group Managing Director and Chief Executive Officer effective April 1, 2020.

Prior to this appointment, Mr Kilavuka was the CEO of Jambojet, a Kenya Airways subsidiary. Kilavuka takes over from Sebastian Mikosz who left in December 2019. Mr Kilavuka has been running the management of Kenya’s national carrier in an acting capacity since December 16, while still holding his initial role as Jambojet CEO.

“It is particularly gratifying to me that the Board agreed to support the appointment of Allan to the full role of substantive CEO,” KQ Chairman Michael Joseph said while making the announcement.  “During his short time as acting CEO of KQ, Allan has thrown all his energy into this role, whilst still maintaining his position of CEO of Jambojet.”

Mikosz, who had been appointed in June 2017, chose not to finish his three-year term to June 2020. This after his attempt to turn around the loss-making airline through a proposal to co-run operations at the Jomo Kenyatta International Airport (JKIA) alongside the Kenya Airports Authority (KAA) were turned down by Parliament in mid-2019.

Milkosz, a Polish national, took over from Mr Mbuvi Ngunze, who resigned in November 2016 after a turbulent two-year stint of historic loss-making.

Mr Allan Kilavuka, the new CEO will join the Boards of all subsidiary companies and will remain on the Board of Jambojet initially as CEO until March 31, 2020, and thereafter as a representative of Kenya Airways.

Mr Kilavuka faces the unenviable task of lifting the airline from the turbulence of losses and the Coronavirus crisis as well as steering the nationalization plan approved by cabinet last year. Kenya Airways is expected to announce a loss of at least Ksh.9.5 billion. 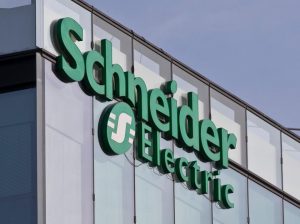