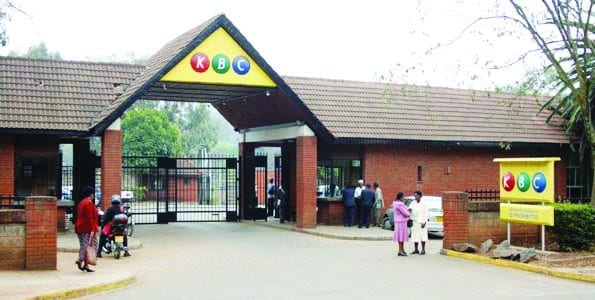 Outside KBC headquarters in Nairobi. The state broadcaster is looking to digitize over 50,000 hours of heritage content.

State broadcaster Kenya Broadcasting Corporation (KBC) has an unrivalled content library thanks to its history as Kenya’s first media house.

What their competitors do not have, however, is KBC’s unmatched collection of footage from the independence and post-independence eras.

From celebrations when the union jack was lowered at Uhuru Gardens in 1963 to speeches by former Presidents Mzee Jomo Kenyatta and Daniel Arap Moi as well as classic Kenyan sitcoms including Vitimbi and Vioja Mahakamani, KBC has in its archives what many in the industry consider content gold.

After years of rumored plans, the broadcaster is finally moving to make the most of its content library. The broadcaster is seeking to clean, restore and digitize over 50,000 hours of heritage content.

In November, it invited companies to tender to digitize material stored in obsolete formats.

A source at the station told Business Today that the plan to digitize its archives had been in the pipeline for years.

“There has always been talk of digitization but the process has been slow, I’d blame it on bureaucracy. In fact there have been a lot of discussions before where KBC engaged some of the leading digital media companies in Kenya about the same.

“But with the closing of the tender (for digitization), there’s a sense that the management is more serious about it this time,” he revealed.

It was revealed that several people at the broadcaster felt the station was losing out on numerous opportunities by having its iconic content in obsolete formats.

With the advent of streaming services and other online content distribution platforms, for instance, KBC has the option of making its classic shows and footage available to large audiences.

Shows such as Tausi, Plot 10, Vitimbi and Vioja Mahakamani are among the most acclaimed Kenyan TV shows in history and would undoubtedly attract viewers, even if only for the nostalgia.

KBC also has classic sports footage including Harambee Stars matches that are impossible to find anywhere else.

Internationally, classic shows have found success and new homes in streaming platforms such as Netflix and Disney +.

As Royal Media Services (RMS) did with Viusasa, KBC also has the option of launching its own subscription streaming platform and making its content easily accessible to the world.

READ>>>>>New Channel Gives Viusasa a Run for Its Money