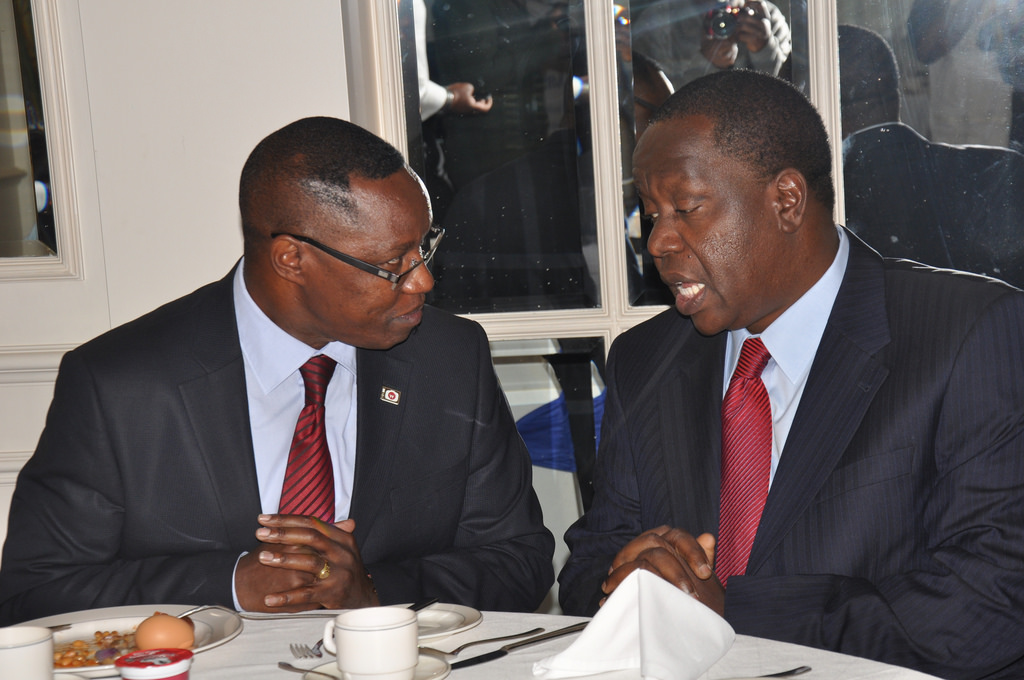 In a communication, KBC Board of Directors said Corporation Secretary Mr Paul Jilani will replace him in an acting capacity until a new MD is appointed. It said Mr Waihenya submitted his request to leave the state agency early this month, which was subsequently approved.

“The Board of Directors during its meeting held on 5th October, 2017 considered the Managind Director’s request to leave the Corporation following the expiry of his contract and after due consideration approved the Managing Director’s exit from the corporation with effect from the said date,” read a memo in part from the Director to members of staff.

“The Board and management takes this opportunity to thank the Managing Director for his service to the Corporation and wish him well in his endeavours… for having given the Corporation seven years of outstanding leadership,” continued the memo.

Mr Waihenya was initially appointed for a five year term before it was extended by two years. His tenure comes to an end Wednesday, October 31, and he did not seek an extension.

This has turned focus on Waihenya’s succession, with eyes internally trained on KBC editor-in-chief Samuel Maina. The board is likely to advertise the position to explore external talent as well. The position is certain to attract a lot of interest from senior media managers and journalists in the country, though appointment is heavily political, with State House, through the ministry of ICT, determining who heads the public broadcaster.

In 2014, Waihenya’s tenure nearly came to an end after the Industrial Court ( now Employment and Labour Relations Court) ruled that the process of his hiring was i*****l as the broadcaster adopted discriminatory criteria by limiting applications to those aged below 45 years.

KBC announced the vacancy in 2010, and Mr Waihenya, then serving in an acting capacity, was subsequently appointed to the job.

An activist, Jared Juma moved to court in 2012 and successfully applied to have the MD removed. He was then 43 years old, two years below the age cap for the appointment of an MD.

However, Mr Waihenya secured an injunction against the ruling by Justice Nduma Nderi, who had also faulted the scrapping of the post of a deputy managing director by KBC’s top management.

Mr Waihenya joined KBC in 2007 as an Editor-in-Chief, a position he held for three-and-a-half years before his elevation.

During his time at KBC’s helm, he presided over a massive expansion programme, which saw the broadcaster launch seven new vernacular FM stations and two TV channels – Y254 and Heritage TV. He also oversaw the migration from analogue to digital broadcasting. KBC under Signet was one of the two signal distributors.

However, the public broadcaster has been operating under immense financial difficulties due to mounting debts that saw it fail to meet most of its obligations, including remittance of statutory deductions from its employees.

Last year, the Nairobi City County government temporarily blocked KBC’s main gate over unpaid rates running into billions of shillings. The Kenya Union of Journalists (KUJ) has also been in dispute with KBC over failure to implement a Collective Bargaining Agreement (CBA) that recently saw staff down their tools.

Part of what has been weighing KBC down is a loan it took from Overseas Economic Cooperation Fund (OECF) of Japan in 1989, which had accumulated to over Ksh45.2 billion as at 30th, June 2015.

Auditor General Edward Ouko in his qualified opinion to an audit of KBC last year expressed doubt that KBC would continue operating as a going concern unless a financial arrangement with the National Treasury and its creditors is reached. The broadcaster lost Ksh5.34 billion in the last financial year and Sh5.5 billion in 2013/14.

The government last year formed a task force to try and turn around its fortunes.

Apart from working in the media, Mr Waihenya is also an author of several literacy works including  The Mediator: Gen Lazaro Sumbeiywo and The Southern Sudan Peace Process and A Voice Unstilled: Archbishop Ndingi Mwana ‘a Nzeki (Paperback).

READ ALSO: Borrowed cash from a friend and can’t pay? Five actions that will save your friendship