Jamah Warsame left the United States of America after practising law for nearly two decades and came back to Kenya to set up a company that processes and sells camel milk.

Mr Warsame, 43, is the proprietor of White Gold Camel Milk Processors in Thingithu estate on the outskirts of Nanyuki town, Laikipia County.  He started the venture in 2017 after returning to the US to see his family, which is riding the wave of growing awareness on the health benefits of camel milk.

“I got the idea to start processing camel milk for sale from my wife and mother-in-law who had worked for a camel milk distribution firm that folded up, where she learnt about the health benefits of camel milk,” Warsame says.

He embarked on setting up the business by first enrolling at the Dairy Training Institute to learn about milk handling and after registering the entity he was given clearance by the Kenya Bureau of Standards (KEBS) to deal in food products. He made his first sales in November 2017.

“I also had to consult doctors and dieticians on the health benefits of camel milk and I was amazed at how much the milk is beneficial to humans,” he says.

Warsame says the camel milk, apart from being a good source of calcium, vitamin B and C, has natural amounts of non-saturated fatty acids that have numerous medicinal benefits such as boosting immunity, managing diabetes, improving blood circulation, lowering arthritis and dealing with allergies.

He says his processing plant, which employs 10 workers, has a capacity to pasteurise and package 700 litres of camel milk a day but currently the daily production ranges between 120 litres and 160 litres. He buys milk from farmers at between Ksh100 and Ksh120 per litre depending on the season.

“We are constrained due to limited financing and bearing in mind retail outlets take long to pay on deliveries,” Warsame says. “We are currently looking for a partner who can inject funding to expand this enterprise even to other counties in Northern Kenya where camels are reared.”

Warsame adds that demand for camel milk in the country is growing following increased awareness on its health benefits. Lately, he has been getting orders from Kampala in Uganda.

He adds supplies camel milk to major supermarkets, Agha Khan and Kenyatta hospitals as well as University of Nairobi and Moi University which are carrying out studies on the treatment of autism.

Dr John Oguk, the White Gold Camel Milk Processors General Manager, says the firm receives camel milk from eight recommended suppliers whose animals have been certified. The milk is weighed, tested for adulteration and bacterial infection before it is pasteurised at 80 degrees and later cooled to 40 degrees centigrade, then packaged in half-litre containers.

“Milk is very sensitive,” Dr Oguk says, “therefore we ensure we get quality product from select farmers whom we have trained on handling and also carry out monthly checks on the camels for infections which can compromise quality.”

A veterinary doctor with over 30 years’ experience in animal husbandry, Dr Oguk, who doubles as the production manager says that to get quality processed camel milk, they collect milk within four hours of milking.

Once the milk is packaged, Dr Oguk says it is transported to various outlets in cool boxes to keep it fresh. He adds that the milk can stay fresh for many months while refrigerated and is best consumed at 3 degrees centigrade. It can be used to make tea or as an additive to food or porridge.

The processed milk packaged in half-litre containers is sold in wholesale to retail outlets at Ksh130 per piece who then sell the same at prices ranging from Ksh165 to Ksh200.

Warsame says the business venture gives hope to pastoralist farmers who keep camels that the milk can be a good source of income. The entrepreneur says Kenya with the fifth largest camel herds in the world after Somalia, Sudan, Ethiopia and Mauritania has great potential in emerging as a leading producer of camel milk.

Since camel milk suppliers mostly supply unprocessed product to markets such as Nairobi, Mombasa and Nakuru, Warsame hopes to carve a niche in the market as a reliable producer of processed and quality camel milk and its products. His venture is also processing yoghurt and flavoured milk on orders. 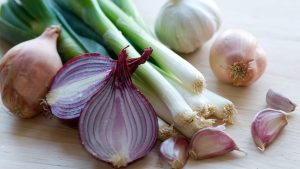