Immediate former Citizen TV news anchor and political interviews host Hussein Mohammed posing a question to a guest during one of his News Night shows. He first struggled to secure an internship opportunity in the cutthroat media industry before becoming the best.

Immediately after polished news anchor and political interviews host Hussein Mohamed announced that he would be leaving Citizen TV, an avalanche of social media posts by viewers suggested that Kenya’s first self-made hard talk interview host is too big to move to any other local broadcast tv station, the name thrown around as his next best fit was Al-Jazeera.

His exit leaves Citizen TV with a conundrum on its hands; how do you replace a widely popular TV personality when a like for like replacement is not already on your books or worse still, is not available in the market at the moment.

The News Night anchor once told Citizen TV journalists that he struggled to secure an internship shortly after clearing campus in an ultra-competitive media industry.

According to Hussein, he tarmacked for a long while being somewhat of an unknown personality at the time knocking on different doors unsuccessfully before eventually bagging an internship opportunity at the now-defunct Kenya Times after a million rejections.

He would years later find his way to Citizen TV where he weaved his magic first as a political reporter which served as a springboard for even greater things to come, the finest political interviews host in the country and arguably the best anchor among a crop of ridiculously talented tv journalists.

While President Uhuru Kenyatta and his deputy William Ruto were having hell on earth at The Hague where they were facing alleged crimes against humanity following the post-election violence that rocked the country in the aftermath of the 2007 general elections, Hussein was wheeling away towards a formidable career in the media industry.

By the time the two were both acquitted of the crimes they had been accused of, Hussein was already a household name and a fan favorite, very few if any know how to push buttons like he can to get answers for the public and for that, he got rare reviews.

Before News Night, Hussein hosted Sunday Live, a show where President Kenyatta, DP Ruto, a host of cabinet secretaries, envoys, governors, MPs and senators have all passed through. The two shows were like courts of public opinion. Hussein had the credibility earned through conducting hard-hitting interviews in an unbiased manner.

In editorial meetings, Hussein was a friendly, calm and collected character. He interacted with everyone including interns and his contribution during the meetings was immense.

Besides that, he has never shied away from supporting English soccer giants Liverpool.

His rise to the top has been slow but sure but the once unemployed tv hopeful has now left a gaping hole in the industry after ten years at the most popular tv station in the country. 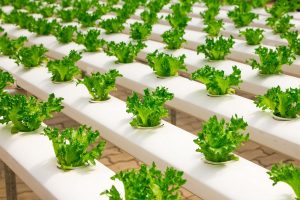