Gor Mahia players exchange customary greets with their AFC Leopards rivals before a past match.

League leaders Gor Mahia will play Nzoia Sugar FC at the Mumias Sports Complex on Wednesday in a match that would see K’Ogalo win the league if they win. The Kenya Premier League (KPL) race can be considered to be more or less over even if Gor fails to register a win.

With five matches left to play, you can rest assured that Gor will get the three points they need to win their fourth consecutive trophy. The Gor Mahia we know can rarely go five matches without registering a win.

At the pace they started the season, very few people could imagine that Gor Mahia could make an amazing comeback in the season to claim a fourth consecutive Kenya Premier League title. Surprisingly, Gor is now a win away from becoming 18-time KPL Champions.

As the season was going by, Gor was poised to win the CAF Confederations Cup instead of the league. When they were still in the continental tournament, Gor was more lethal in the tourney than they were in the League.

When Gor exited the CAF Confederation Cup after losing 7-1 on aggregate to Moroccan side RS Berkane, they knew they had to bring all the energy to the KPL and at least get some silverware. Their fixtures were packed when they came back but they surprisingly overcame the challenges and are now on their way to a fourth KPL title.

Winning KPL titles, however, has become monotonous for the Kenyan giants. It is about time that they aim for Continental success. They have already written history books when they became the first Kenyan club to play in the CAF Confed quarterfinals.

If they play the Confed Cup next season, the team should give their best to win it and become the first Kenyan side to do so. 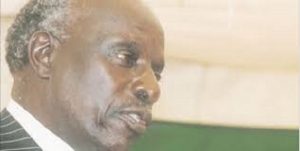