Kibra Aspirant and former Harambee Stars player McDonald Mariga has been cleared by the IEBC to run for the vacant seat.

Making the ruling on Monday, IEBC Dispute Tribunal said it is obligated to conduct continuous registration of citizens as voters. “It is our finding that the complainant was duly registered as a voter,” IEBC Chairman Wafula Chebukati said.

The former Kenyan International’s race to parliament was under jeopardy after Kibra returning officer Beatrice Muli invalidated his nomination on grounds that his name was missing from the register of voters.

His legal team, led by lawyer Elisha Ongoyi, pushed Muli to admit that she made an error on her part. Mariga’s legal team then pleaded with the committee to rectify the mistake by overturning the decision. This saw the retired footballer back in the race.

Mariga had been awarded his nomination ticket by Jubilee Party so as to fly the ruling party’s flag in Kibra but was later denied on grounds that he is not a registered voter. The Constitution bars Kenyans who are not registered voters from vying for an electoral seat.

According to IEBC, Mariga’s name, having not being found on the electoral body register, was therefore struck off the nomination list for the November 7 Kibra Constituency by-election. The invalidation of Mariga’s candidacy came when Mariga, along with fellow Jubilee Party politicians submitted documents to the electoral body.

A section of Jubilee MPs turned their guns on party secretary-general Raphael Tuju accusing him of sponsoring legal hurdles for Mariga. The shackles within the party started when Mariga declared his interest for the seat which fell vacant after former MP Ken Okoth died of cancer on July 26 at the Nairobi Hospital.

It had been earlier alleged that the Deputy President’s camp favourites Mariga’s candidature as they feel he is a strong competitor. They claimed that the party led by Raphael Tuju had a plot to field a weak candidate to help Raila Odinga’s ODM candidate to win the elections.

Ruto and former Kakamega Senator Boni Khalwale were said to have approached Mariga and asked him to run for the seat left vacant following the death of Ken Okoth but the football star was yet to respond to the request. The retired footballer denied all this.

Mariga is a retired footballer who was the first Kenyan to play in and win the UEFA Champions League. He won it when he was playing for Jose Mourinho’s Inter Milan. Prior to his political venture, the former Kenyan International was a brand ambassador for betting company Betin Kenya. 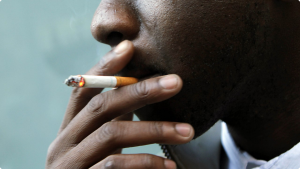